My Top 20 Most Re-watched Movies 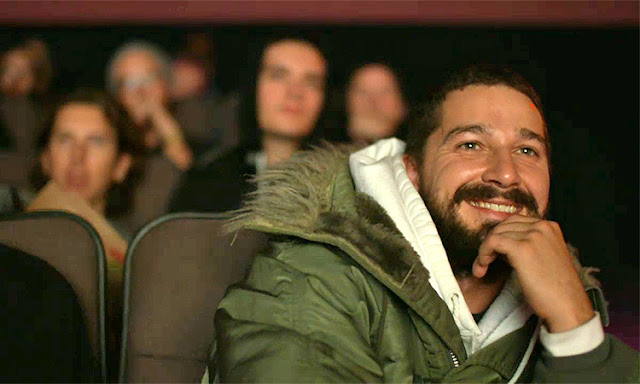 Everybody loves lists right? This is the Internet after all. So I though it might be fun to list the movies I have revisited frequently over the years. Some of these flicks aren't even in my top 50, while others are just plain embarrassing. Good or bad, these are my go to movies, my chicken soup of 'filmic' goodness if you will. They perk me up after a hard days work, they make me laugh, and even cry, but most importantly they are just plain fun. That's what so great about these make believe stories we hold so dear, the characters, the emotions, and our own nostalgic fondness we instill in them. Anyway that's enough of my ramblings, lets begin the count down. 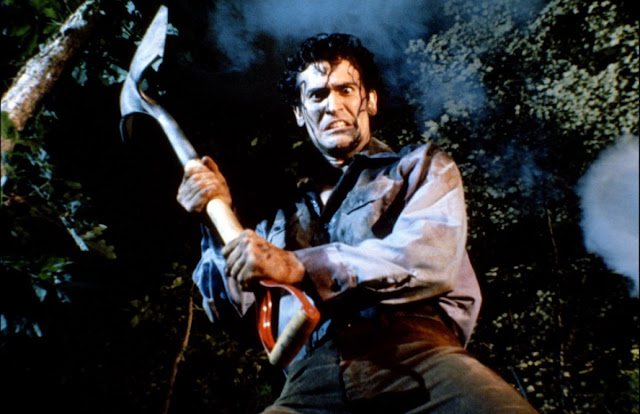 Why the hell do I keep watching this movie? For me and my other half it's a flick we find ourselves regularly revisiting when we're in a funk. It's the complete antithesis from what I usually look for in a movie. There is no horror element, no badly dubbed ninjas, all you get is a hassled Anne Hathaway, a pickled faced Meryl Streep, and clothes, lots of clothes. I really don't get it, even this summary is making me want to pop in a copy, God help me!

This was one of the few movies back in the day I used to watch on repeat. To the teenaged brain, 'Evil Dead' 2 is pure unadulterated crack.

The Marvel movie I find myself watching the most often, and yet if you were to ask me what my favourite Marvel flick is, it wouldn't be this one. So why am I continually drawn back to the 'Winter Solider'? Is it the opening siege on the boat that reminds me of 'Metal Gear Solid 2'? Or Nicky Fury's tension filled escape from Hydra? Maybe it's the badass character of the Winter Solider himself? Probably all these elements and more, and yet it isn't my fav', weird.
20. Fight Club (1999)

This was a big movie for my generation growing up. It perfectly echoed the feeling of being lost and uncertain we all felt during the '90s. The visuals, the amazing music, everything sings perfectly, David Fincher's best for sure.

19. Halloween 4: The Return of Michael Myers (1988)
Probably my favourite entry in the Haddonfield saga, I have watched this horror sequel a nauseating amount of times, this is pure nostalgia. I find 'Return Of' strikes the perfect balance between the slow buildup of 1, and the violent murders of 2, and man those creepy opening credits with the desolate farms and swaying scarecrows, just brilliant. Daniel Harris is also terrific, probably the best she has ever been.

This is my go to flick for when I am feeling a bit misogynistic. Be it reeling from a bad brake-up, our generally feeling shitty about the opposite sex. The twist is so good, you should see it coming from the opening scene, the fact it's so abhorrent you probably think the movie won't go there, and yet it does.

I remember the exact moment I feel in love with this movie. I was off work for the day, lazily I dragged myself out of bed around 11 am and headed for a nearby shop. After securing my prize of a cholesterol stuffed role, I climbed back into bed and bathed in the warm glow of a fuzzy downloaded copy of this flick. The warm feeling of fullness emitted from my stomach, as I surrendered to the cheesy delight of this '80s slasher. Recently released on a stunning blu-ray, I continue to revisit it again and again, and yes I know it's terrible.

Another movie that has grown on me over the years. the music is amazing, Joseph Gordon Levitt is probably the best romantic lead ever, and he doesn't even get the girl. Another go to in a crises flick. 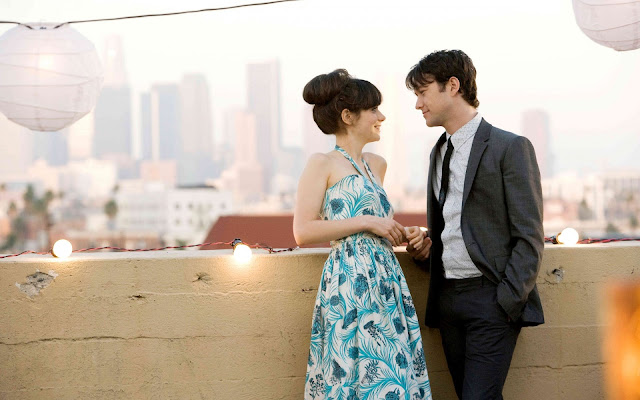 This is probably my favourite movie at the moment, every time I feel like shit, or need the world to seem right, I pop this in. A perfect blend of retro gaming, competitive dick measuring, and the craziness of nerd culture.

'Singles' takes me back to the first time I heard Nirvana, to grunge, long hair, ripped jeans and my youth, thank you 'Singles'.

Every-time I watch this movie I immediately want to listen to my CD collection. 'High Fidelity' reminds us how essential music is in our lives.

12. Chasing Amy (1997)
Probably the best of Kevin Smith's marmite aesthetic we will ever see. A perfect meld of his weird dialogue, unreal characters, and dick and fart jokes. Still funny as fuck though.

11. I Know What You Did Last Summer (1997)
Saw this at the cinema when it first came out, can't stop watching it ever since, prefer it to 'Scream', I am also insane by the way.

If you could hand a '90s kid his perfect movie distilled into animated form, this would be it. Amazing stuff. 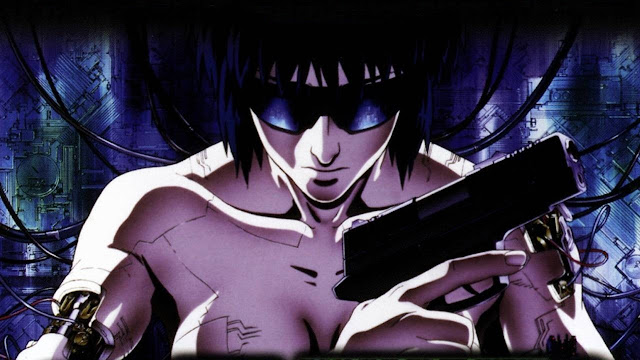 The first movie to properly scare me as a kid. I remember returning to bed after watching it, I could feel my breath quickening, I was now terrified of the dark, all thanks to Michael Myers. Of course that didn't stop me from watching the Hell out of it again and again.

8. Legally Blonde (2001)
To me this is the ultimate, "Hey looks what's on TV", now I have to stop what I am doing and watch this thing for the millionth time, movie ever.

'Curtains' has had me in a choke hold for the past 9 years, ever since I watched the most fuzzy washed out VHS rip imaginable. I don't really know why I love it so much? Is it Paul Zaza's perfectly creepy music? John Vernon's magnetic performance? The fact this came out on blu-ray is enough for me to never want anything in life again.

'Akira' still blows my mind, in-fact I only watched it again two weeks ago and man does it still grab me. The music, the visuals, nothing has aged, check out the blu-ray to further your experience with this influential masterpiece.

Proof that when given the right material, Adam Sandler can be both funny and watchable. This, 'Happy Gilmore' and 'Punch Drunk Love' are just enough to suffer through years of shite like, 'Jack and Jill', only just. 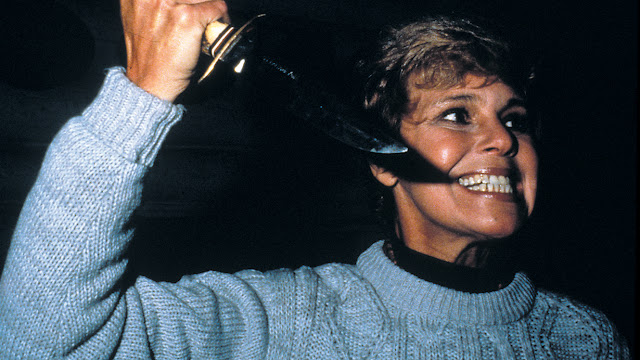 I had no idea what this movie was about when I first watched it, I remember hearing a lot of positive buzz when it hit home video and being intrigued. The night I rented it, I had a great triple bill of, 'South Park The Movie', 'Fear and Loathing In Las Vegas' and this. Out of the three 'Drop Dead Gorgeous' is easily my favourite. Even after all these years the comedy/characters still works, and the sheer madness of it all is still just as infectious.

One of the most quoted flicks of the naughties, 'Mean Girls' is so much more than just another disposable teen comedy. For starters the screenplay is written by Tina Fey, one of funniest, smartest, cute-sexy women around - yes I have a thing for her. This is a hysterical, mean, whip-smart, biting look at teenage life.

After wearing out my original VHS tape, I decided the best thing to do was savour it as much I could. Now I only watch it once a year on my birthday, a tradition I have maintained for the past 5 years.