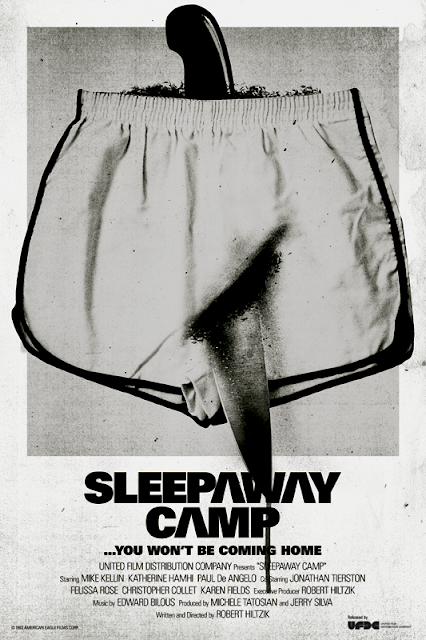 Oh 'Sleepaway Camp', you crazy maelstrom of madness, how I love you? Let me count the ways: I love how bitchy and mean the kids are. I love how everybody swears all the time. I adore the creepy kid-bothering cook. And what about that ending? Oh God that ending! 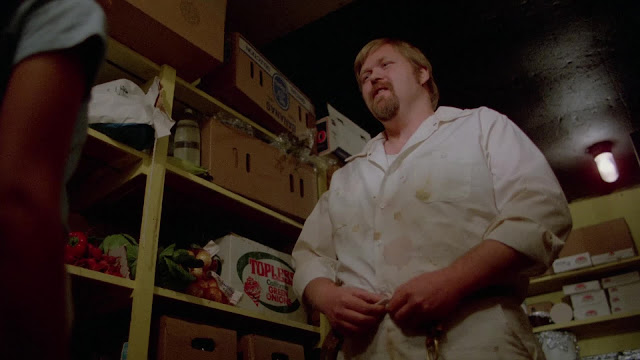 To me this is the ultimate summer slasher. 'Sleepaway' perfectly captures the chaotic fun of being away from home at a young age, surrounded by strangers, some friends, others foes. The kids really do run the show in this slasher, as we are treated to their 'Lord of the Flies' interactions, as more and more of them fall victim to the mysterious killer. A killer who uses a plethora of creative implements to dispatch his targets. From a pot of boiling water, to a hive of bees, even a hot curling iron shoved into a very sensitive area.

While I always loved slasher movies, in particular the ones from the golden period of 1980 to '84, it was 'Sleepaway Camp' that started the obsession. It's the movie that made me become a fanatic. That convinced me to track down and watch every last one of them God forsaken slice and dice offering from the '80s. It's only now after viewing nearly 200 slasher titles from that period that I know I will never find a movie like it again. Even the big name titles like 'Madman', 'The Burning' and 'The Prowler' can't match the fun insanity of this movie. They're amazing in their own way, but still they just can't touch the magic of 'Sleepaway Camp'. 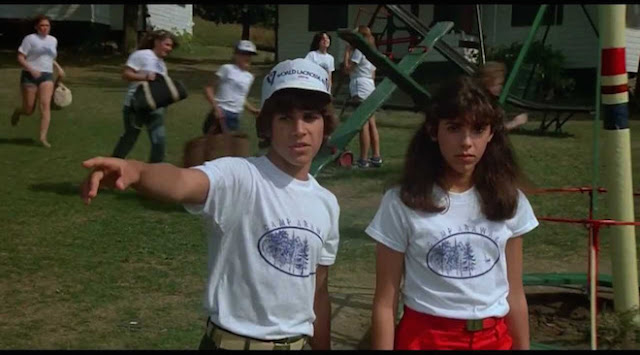 No matter how familiar the plot or the scare mechanics are, it is the weird and wonderful characters that summon my return again and again. Who doesn't love the forced acting and bizarre voice of crazy aunt Martha, or the fat paedophile chef, 'Back home we call them baldies'. My favourite though is young Ricky, the little foul-mouthed rage machine whose honourable protective stance against his put upon cousin knows no bounds. Then there's Angela herself, shy, sweet, strange, yet has a thousand yard stare that could could kill a crocodile. Her secret is also one of cinema's best. Sssh!

I think I'm hitting double digits the next time I watch 'Sleepaway Camp', and yet it never gets dull, the jokes never tiresome, and really how many movies can you say that about? Thank you 'Sleepaway Camp' I don't know how to repay you?
1983 Campsite Forgotten Films God I Love '80s Slashers Movies I Love Slasher Sleepaway Camp Summer Slasher