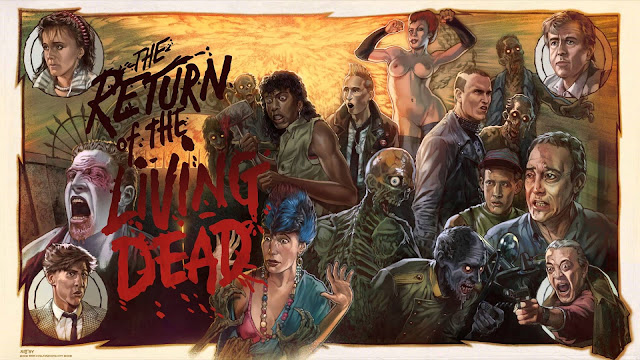 After 'Shaun of the Dead' was released in 2004, everyone was quick to point out how original and clever the movie was, even suggesting it was the zombie genres answer to 'Scream'. What people tend to forget is, this melding of zombie/comedy happened years before, in the '80s horror masterpiece 'Return Of The Living Dead'. A film that playfully, but respectfully, pokes fun at classics of undead cinema, in-particular the walking dead films of George A. Romero. 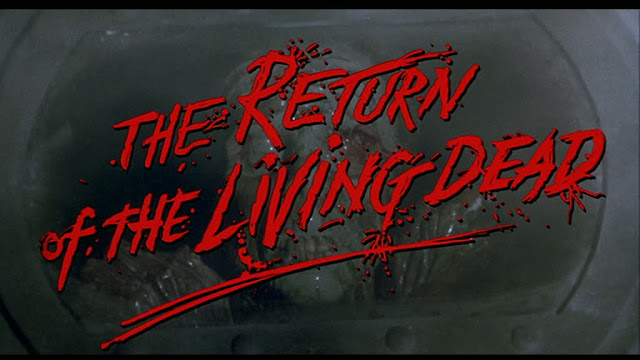 When two bumbling employees of the medical supply store Uneeda, accidentally unleash toxic gas from a canister filled with hazardous human remains – which was misplaced by the army - the dead merchandise in the store starts to come back to life. Desperately trying to dispose of the twitching remains they attempt an ill advised cremation in a nearby mortuary. As the air fills with putrid smoke, it mixes with a rain cloud that busts over a nearby cemetery. Seeping into the soil the water re-awakens the long deceased inhabitants, who return with a fresh hunger for, "LIVE BRAINS!".

Thanks partly to legal proceeding over the rights to Romero's seminal classic, 'Night of the Living Dead', his writing/producing partner John Russo obtained ownership to the 'Living Dead' portion of the title. After writing a novel called 'Return of the Living Dead', Russo planned on bringing it to the big screen as an unofficial sequel. He first approached Tobe Hooper (Texas Chainsaw Massacre) with the hope of shooting it in 3D. After Hooper passed on the project, Russo turned to genre writer Dan O’Bannon (Alien), who took the film in a drastic new direction, comedy. Taking familiar plot elements from Romero’s films, O’Bannon took a great risk in adding unseen meta-humor to the script,thankfully it works perfectly within the film. 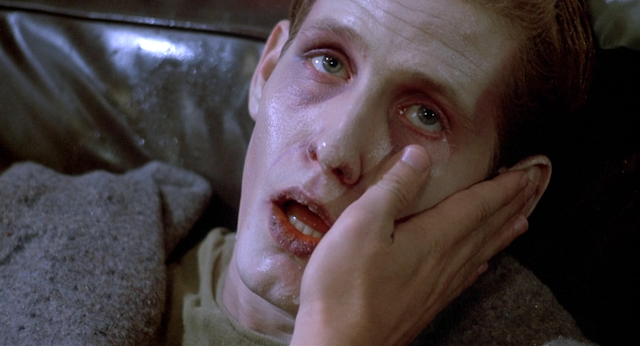 There are just so many iconic and 'kickass' moments in this flick, with Linnea Quigley's naked graveyard striptease being an obvious and personal favourite. I also love the slime covered Tarman zombie, who only recently made his long over due debut as a collectible figure. Even the movie's poster with the image of two mohawked zombies standing next to a tombstone, has got to be one of the best for an '80s horror. Inevitably 'Return' spawned its own series of films, with only part 2 keeping the comedy angle, to a far lesser degree. Part 3, the one with the rock chick who self harms to keep herself human, is easily the best, and comes closest to matching the inventiveness of the original.

Packed with surreal, hilarious moments, 'Return' is a nonstop zombie filled, punk-rock horror classic, that will delight any fan of the genre. Now it can surely be seen as one of the finest horror films ever created.
1985 Dan O'Bannon George A. Romero Gory Horror Comedy Spoof Zombie