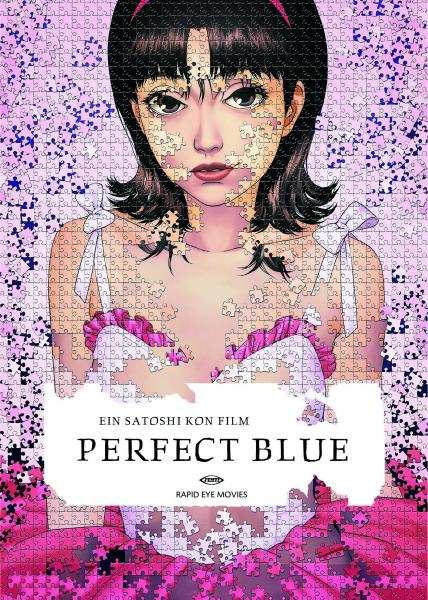 Mixing elements from American slasher movies, with the stylish Italian giallo's of Dario Argento and Mario Bava, 'Perfect Blue' is a refreshingly bizarre animated movie. Adapted from a novel by Japanese writer Yoshikazu Takeuchi, the story was brought to the screen by first time director Satoshi Kon, who would go on to direct a number of successful anime titles like: 'Tokyo Godfathers', 'Paprika' 'and the critically acclaimed 'Paranoia Agent'. 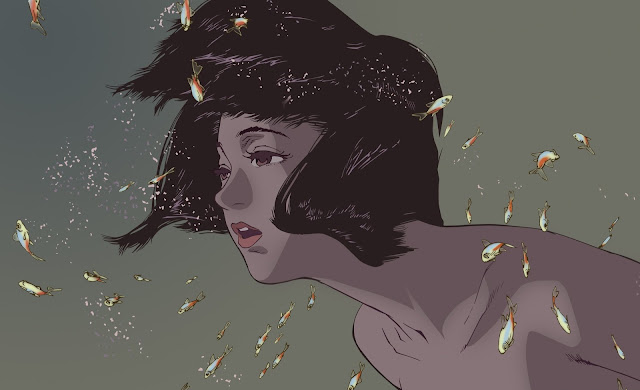 Opening with the onstage announcement by Mima Kirigoe - an idolized singer from the J-Pop group, CHAM! - that she plans on leaving her band to pursue a career in acting. Also at this show is an enigmatic and disfigured man, whose obsession with Mima will have devastating consequences on her new career. As Mima delving further into the world of acting, she starts to alienate her former fans and band-mates. It is at this point that strange events start to endanger her life and eventually push her very sanity to the limit.

A movie that shows the devastating consequences of obsession and fame, which we see through Mima's scramble to reach an artistic acceptince, and through the exploits of her crazed fan Me-Mania. That is cemented in the final shocking reveal, where friendship is turned into nightmarish hatred.  Recently acknowledged by Darren Aronofsky as an influence on 'Black Swan', 'Perfect Blue' is an exquisite animated movie filled with mirrored hallucinations and graphically animated violence. Don't be put off by the fact that it's animated, 'Perfect Blue' is definitely worthy of your time.
1997 Anime Forgotten Films Movies I Love Satoshi Kon Slasher