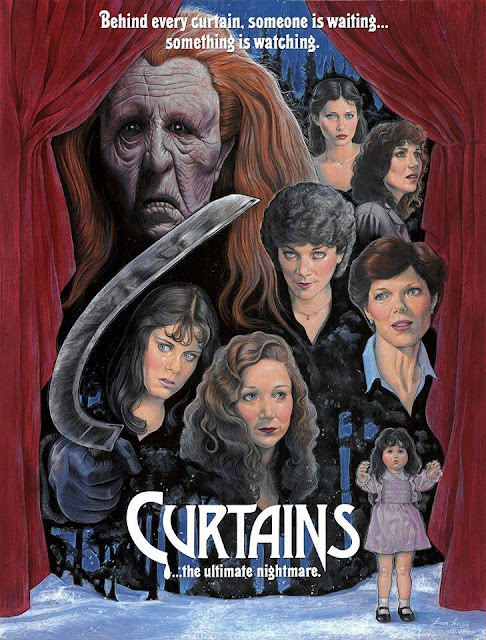 Was it fate, or just dumb luck that helped me stumble across this obscure 1983 Canadian slasher. It was about six years ago while searching the net for lesser known ‘80s slasher movies when I came across an interesting article (found here) for a movie I had never heard of, but whose concept instantly intrigued me. The reviewer who was a long time fan of the movie – even his pen name was Stryker - was desperate for the film to receive a proper long overdue re-release. You see at the time this little horror gem had like so many other movies become lost in the void from VHS to DVD, with neither a release date, or a disturber hinted at for the near future. 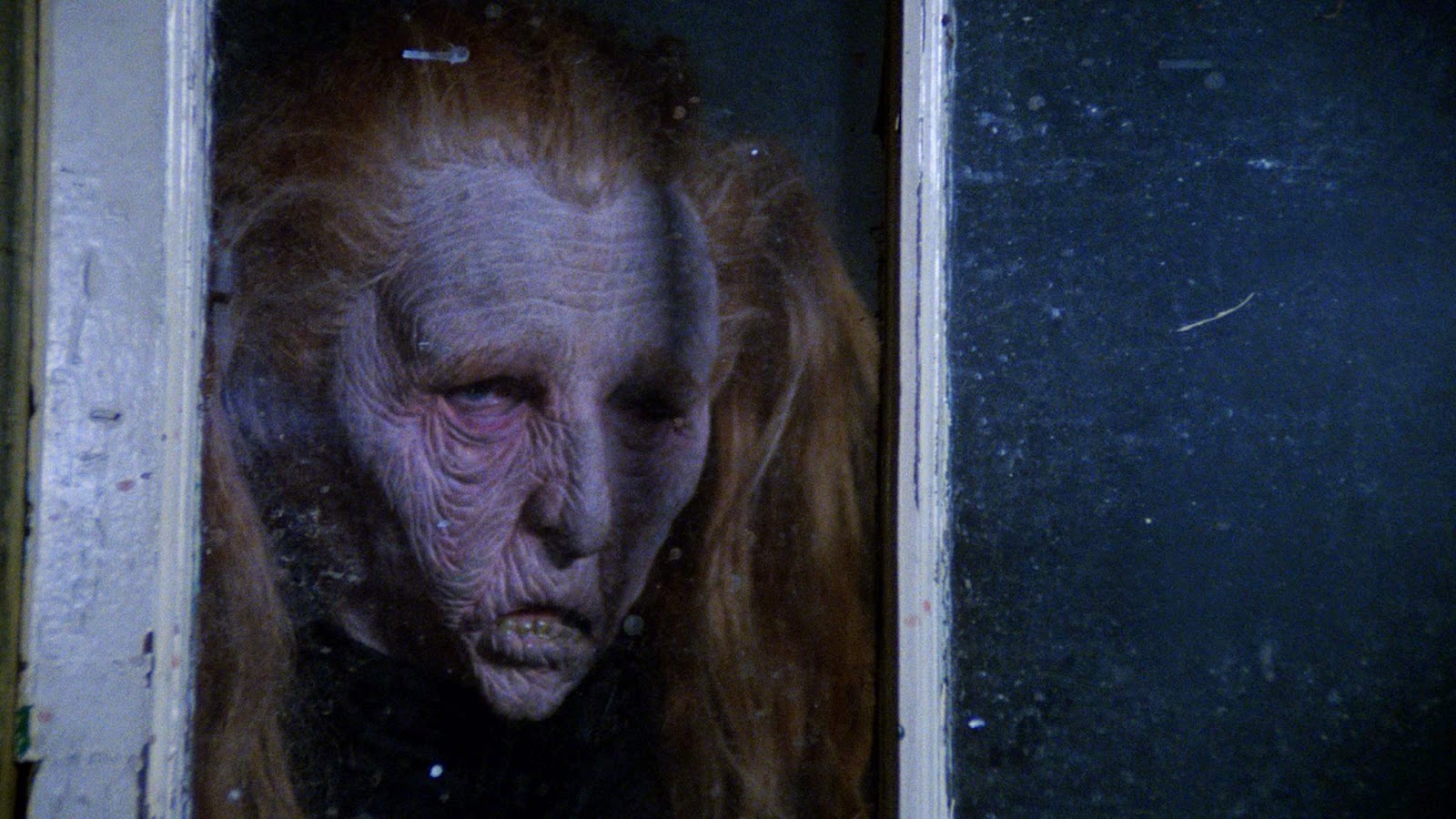 Enticed by the prospect of an obscure Canadian slasher - love me some Canadian slasher - I immediately set out to source as much information as I could. At the time movie downloads were a foreign concept to me, I still believed in the old fashioned method of hunting a movie down through my local retailer, or as a last resort the dusty dens of second-hand shops. Finally through many hours of searching, I managed to seek out a workable download link from a temperamental file sharing website. The copy I downloaded was terribly muddy and low resolution, but still, besides the visual faults, the over whelming experience was very enjoyable. The combination of creepy visuals, and the wonderfully atmospheric score by Paul Zaza, left a lasting impression on me. Over the years since that inaugural viewing, I have revisited the film a number of times. It seems to hold a strange, unnerving grip over me like no other slasher. Unlike the popular slashers of the time like the 'Friday' sequels, 'Curtains' strays from the clichéd traits that where already cemented into the genre, by the time it was released. Instead of the bland cast of 'bubble-headed' blonds, or 'air-head' jocks getting carved up, the characters in 'Curtains' are adults, with genuine deep-seated emotional problems. Be it envy, obsession, or good old fashioned revenge. 'Curtains' has, as they say, more proverbial meat on its bones, than just some bland maniac in a mask movie.

A notoriously troubled production that involved cast changes and rewrites, the film took nearly three years to complete its production. Only recently producer Peter Simpson ('Prom Night') gave an exclusive interview to Terrortrap.com, where he revealed the myriad of problems that plagued the films production. Simpson claimed to have shot almost half of the movie, after original directer Richard Ciupka walked off the set. Simpson said he filmed many of the integral scenes in the movie, from the famous daylight 'ice skating' murder scene on the frozen pond, to the excellent prop house chase sequence. Admitting that Ciupka only filmed the interior scenes, such as the intense auditions that take place in the house. This melding of two directorial styles becomes apparent the more you watch the movie. Creating a sort of off-kilter, schizophrenic feel to the film, as slight differences become clear from one shot to another. Instead of this being a hindrance, I think it gives 'Curtains' a weird sort of charm, as if two minds are at constantly apposing, leaving the viewer unsure of what to expect from one scene to another. Released at the heart of 'stalk and slash' influx in 1983, it seems strange slasher hungry audiences didn't take to the movie. On paper it appears to have every element a 'slash fan' could want, from the mask wearing killer, to the bevy of 'Scream Queen' stars. The only assumption I can make is that by the time it was finally released, audiences had become more accustomed to ever more extravagantly gory slasher movies. While the murders in 'Curtains' are creepy and nerve inducing, they certainly aren’t violent, save for a toilet in a head moment. 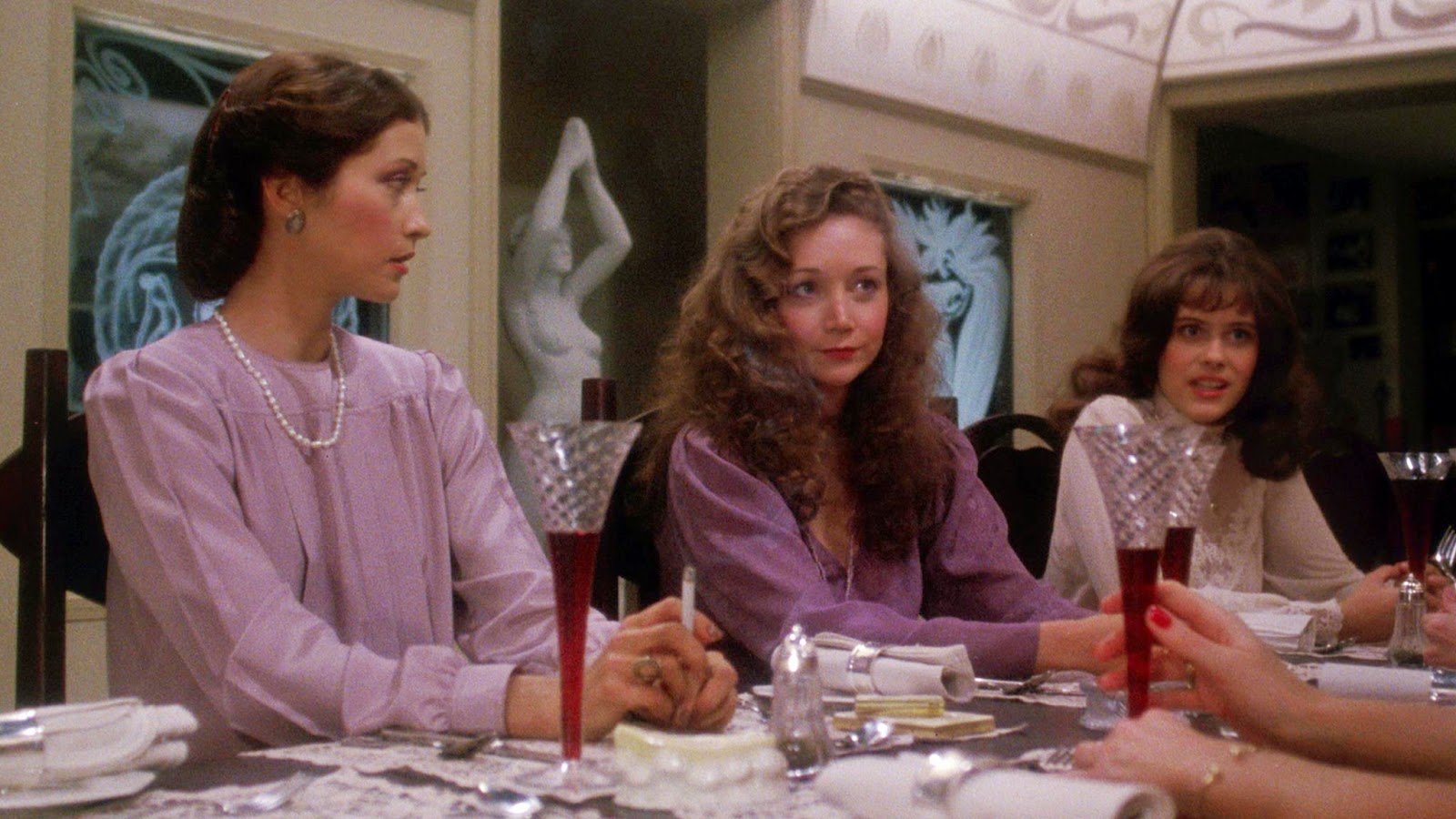 Taking a concept originally explored in Samuel fuller's classic 'Shock Corridor' - and also used in 'One Flew Over The Cuckoos Nest' - this has renowned actress Samantha Sherwood pretending to be emotionally unstable, so as to facilitate her admittance into a psychiatric facility. While incarcerated she hopes to gain a better understanding of the diseased mind, as the next role she has chosen to play is the mentally disturbed Audra, the lead in the new William Stryker movie. What starts off as an extreme exorcise in method preparation, soon turns into a hellish nightmare of mental illness, that infects Samantha’s mind like a cancer. Left to rot in the hospital, Samantha learns that Stryker is gathering other actresses to audition for her intended role. Enraged by this deceit, she escapes the hospital and makes her way to his snowbound retreat, where she plans one last showdown with the treacherous director. In addition to the scorned Samantha, six other actress, Amanda, Patti, Brooke, Laurian, Tara, and Christie, are also on their way to audition for the part. Amidst the twisted mind games of Stryker, a killer disguised in a horrible old hags mask appears, murdering them one by one. It appears that one of the actresses wants the part of Audra so badly they're willing to murder to get it. Could it be the scorned Samantha? Or is there another murderous mind among the actresses?

One of the most enjoyable aspects of 'Curtains' is the wonderful cast of bitchy, back stabbing actresses vying for the callous affection of the tyrannical, William Stryker. The talented Samantha Eggar ('The Brood') gives the movie a lofty credibly with her committed turn as the wronged Samantha Sherwood. Also on top form is Lynne Griffiths as stand up comedian Patti, Lynne  famously played the the 'bag over the head' victim from Bob Clark's seminal 'proto-slasher,' 'Black Christmas'. Playing the rest of the doomed actresses are slasher alumni, Sandee Currie, as seen in 'Terror Train', and 'Lesleh Donaldson', who is recognisable from, 'Funeral Home' and 'Happy Birthday To Me'. Last, but certainly not least, is the immensely talented John Vernon (Animal House), who steals the movie as the controlling misogynistic, Stryker. 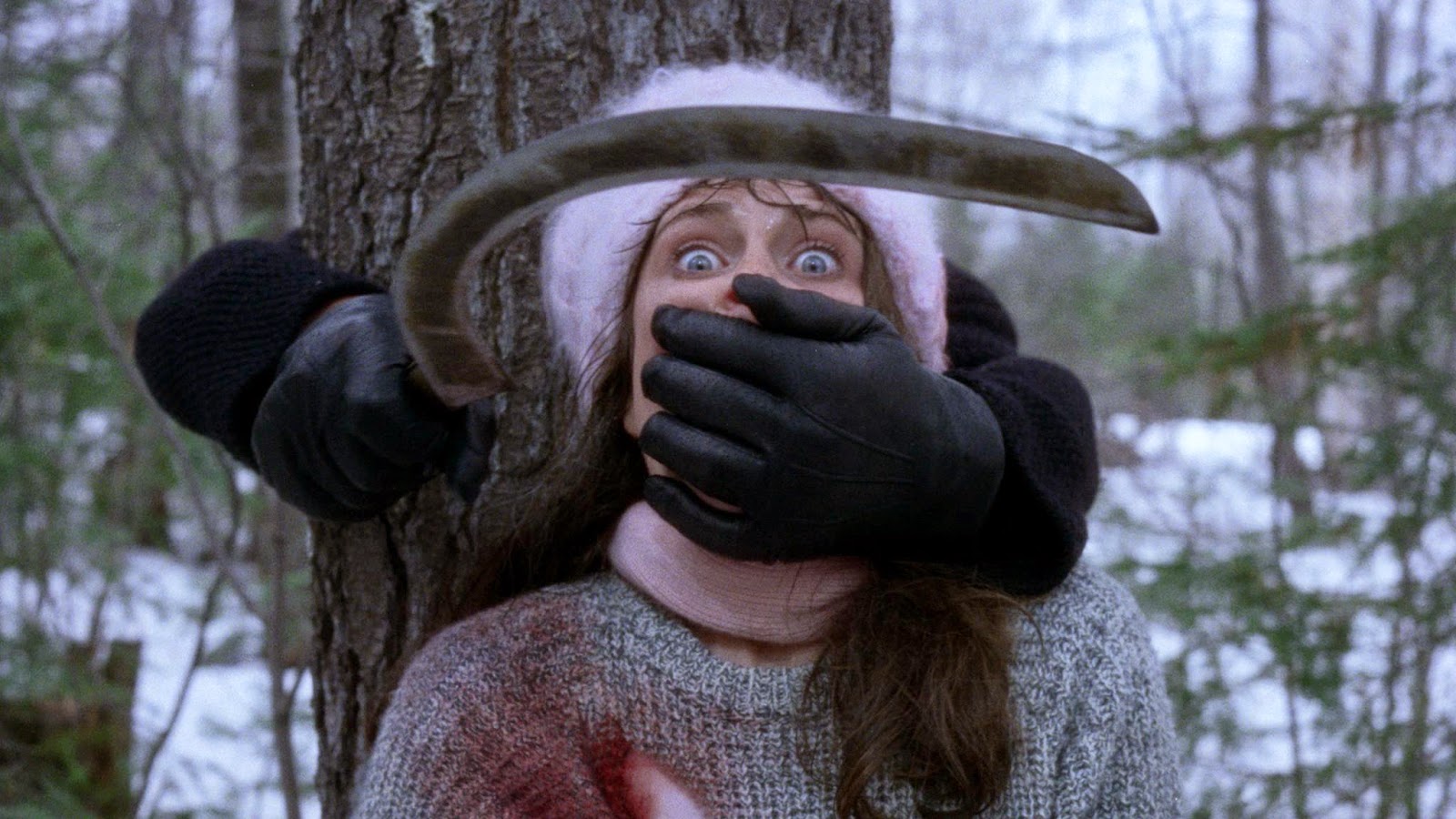 As of July 2014 'Curtains' was finally released on high-def after so many years of waiting.  Hopefully now after this respectful release, the movie will be finally seen as an integral part of the early '80s 'stalk and slash' boom. 'Curtains' forever!
Forgotten Films