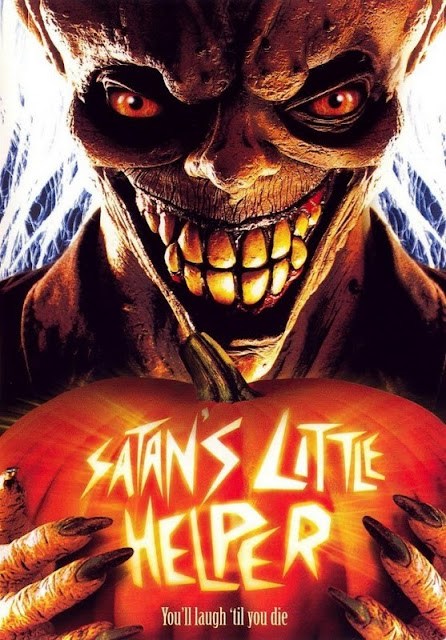 Let’s get this out of the way up front, 'Satan's little Helper' is far from a good movie, in fact it's filled with dodgy acting, some awful music and random, uneven plot developments. Having said all that, what the movie does have is a wonderful childlike sense of delinquency, and most importantly a costume changing killer who has a devilishly sick sense of humour. How can I not love this movie? 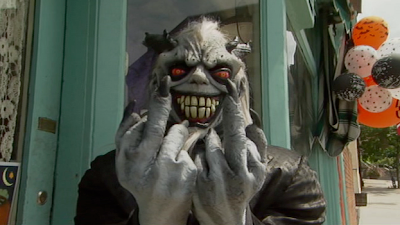 Set in the small American town of Bell Island, the movie follows Douglas "Dougie" Whooly, a little boy obsessed with the game 'Satan's Little Helper'. On Halloween his sister returns home with her new boyfriend Alex, much to Dougie's disgust. Annoyed with this new addition Dougie hits the streets where he finds his hero Satan - a masked man who never speaks - who he convinces to deal with this unwanted guest. Cue copious amounts of murder and chaos.

Marking the return of cult director Jeff Lieberman, who had previously directed such oddites like 'Blue Sunshine' and the underrated slasher 'Just Before Dawn'. Jeff brings an air of mischief and fun to the proceeding that is sadly missing from modern horror, mixed with molasses black humour. Shot from Dougie's perspective as he travels with his deadly partner, the audience are made to feel like little kids accompanying them on their goofy rampage around the small town. Which involves such nasty deeds as the masked Satan  beating the love interest Alex's head off a wall, before sitting his unconscious body next to a sign made out of the bloody remains of a cat he just murdered, 'BOO' indeed. It’s only later when the movie becomes a more traditional 'Stalk and Slash' that it loses it this sense of fun and gets a bit stale. 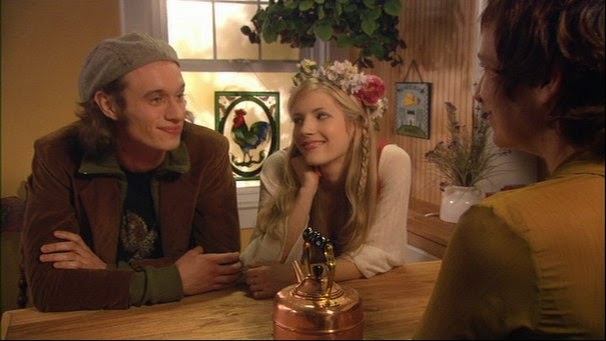 As I have made clear this film is far from polished, but despite all its flaws it wins you over with its sheer fun factor, coupled by a director and cast clearly having a blast with the devilish going on. This is also a perfect party movie, that coupled with a few beers one can easily indulge in a little nonsense with Dougie and his panty sniffing friend Satan...