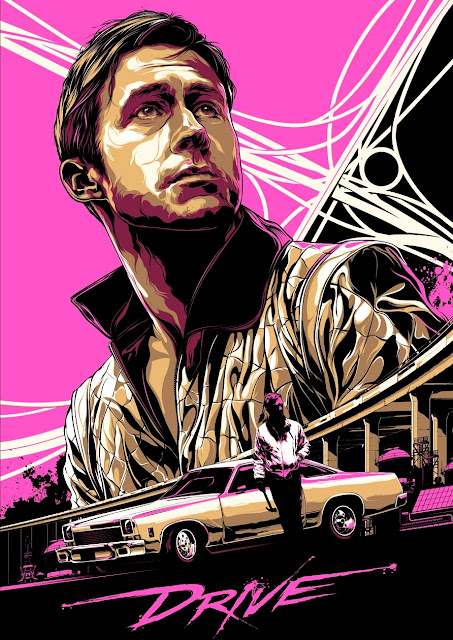 Recalling the genesis of the film, Danish director Nicholas Winding Refn spoke about his first disastrous meeting with actor Ryan Gosling, who at the time was interested in having Refn direct the still gestating movie 'Drive' - based on a book of the same name by James Sallis. Just prior to the meeting Refn had taken ill with a terrible fever, in the hope of alleviating his condition, he ingested in his own words "A sizable quantity of pain medication", leaving him "High as a kite". With his condition worsening, Refn was forced to abandon the meeting and asked Gosling to drive him back to his hotel. Here in a vast, strange city was a foreigner being driven through the black night of L.A. by a movie star, the car radio the only sound deflecting the silence between them. In that moment a hazy half idea suddenly sprung into Refn’s fevered mind, one he quickly shared with Gosling: ‘We could make a movie about a man who drives around at night listening to pop music, it being his only emotional release’, Gosling’s response to this eureka moment was suitably nonchalant: ‘Cool, I’m in.’

What eventually birthed from that night is a movie that offers a rare return to the cerebral automotive escapism of such ‘70s classics as, 'Two lane blacktop', 'Vanishing Point' and most notably the Ryan O’Neal starring 'The Driver'. Which Refn combines with the glossy feel of '80s neo noir crime cinema and the synth-pop-cool of 'Miami Vice'. Like Friedkin’s 'To Live and Die in L.A' or 'American Gigolo', this is a work of sight and sound, a world away from Michael Mann’s multi-layered epic 'Heat', as the plot here, is almost incidental to how the movie makes you feel, both audibly and visually. 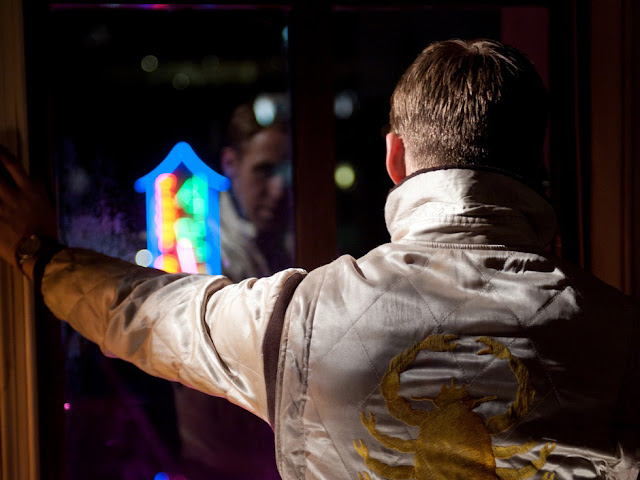 An acknowledged fan of genre cinema, Refn clearly relishes letting the visual and audio cues from previous established endeavours in the genre wash over the viewer, as the neon-drenched world of L.A. plays home to the scorpion-jacketed, no-name Driver, played with icy intensity by Gosling, who turns the character into an instant icon of cool.  Unlike Tom Hardy's Bronson, whose mouth is as verbally dexterous as his muscles are big, here the Driver is monosyllabic to the point of parody. Somehow Gosling manages to pull off this acting tightrope, with a quiet understated menace, that has been sorely absent since his fiery turn as a Jewish neo-Nazi in 'The Believer'.

As with the characters that populate Refn's previous films, both the Driver and Albert Brooks’ savagely intense wise-guy Bernie are men who find catharsis through violence. To them life's problems can be solved through carnal acts, which they see as a necessary solution to the emotional turmoil that dwells within them. These men of fists and blood can only truly be alive when standing over the beaten, and in some cases deceased body of another human being. 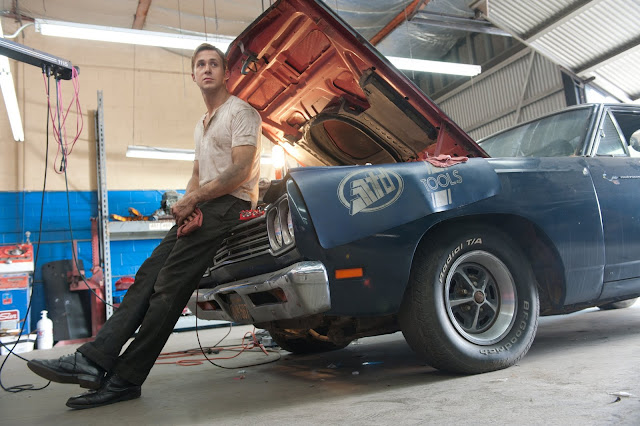 One point of contention some viewers had is that the movies marketing seemed to be presenting it as a sort of 'Fast and Furious' type car chase movie, when the reality is far from that one dimensional action fare. One woman in America even went as far as attempting to sue the makers for falsely advertising it as such, missing the point of Refn’s homage entirely. Instead, I think the title can be interpreted in a myriad of ways, such as the basic human drives that exist in all of us like greed and lust. What Refn and Gosling have created is something of a rare commodity in today's vacuous mainstream movie-making, 'Drive' is the real deal, a provocative, instant classic, that I can't recommend enough, take it for a ride.
2011 Car Movies Forgotten Films Nicolas Winding Refn Ryan Gosling