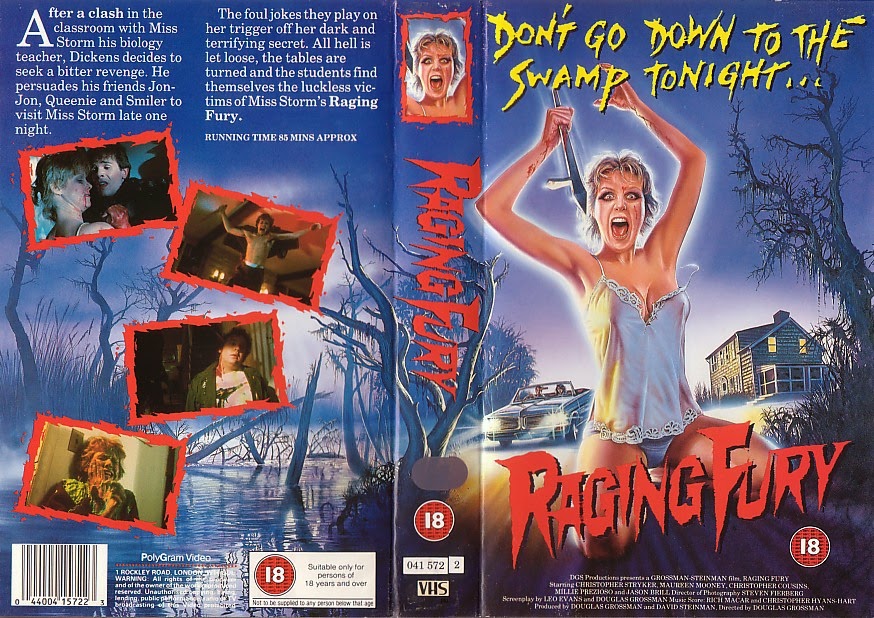 18 years ago as a little girl, science teacher Miss Brook accidentally killed a young couple while playing in the local swamp. Still greatly traumatised by this incident, Miss Brook remains dangerously close to being pushed over the edge. When she inadvertently provokes the unwanted attention of a group of burnouts led by the sadistic prankster Dickens, a chain of events are set in motion, that will end with a hellish night of survival for everyone involved. 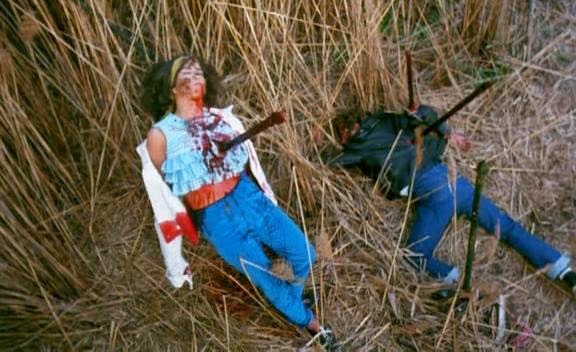 Although shot in 1986 'Hell High' (aka, Raging Fury) wasn't properly distributed till '89. It defiantly belongs more to mid '80s slashers than late, as it lacks the cheesy craziness and over the top gore of the decade end slicers. Generally considered a forgettable and poorly executed slasher entry by viewers, the biggest gripe seems to be the lacks of kills and general genre tropes throughout. Personally I have to admit I had a blast with this movie, while it's true the pace is quite sluggish, the slash happy ending more than makes up for it. 'Hell High' also features a number of accomplished performances from the committed young cast, especially soap star Maureen Mooney as the put upon Brook.  Her final transformation into an all out 'badass' psycho is quite shocking and brutal to behold - extra points for the pencil kill.

While far from accomplished or unique, what it does have is an awesome '80s score and a number of memorable moments that's sure to keep any slash hungry fan happy. Recommended.
1989 Forgotten Films God I Love '80s Slashers Horror Slasher