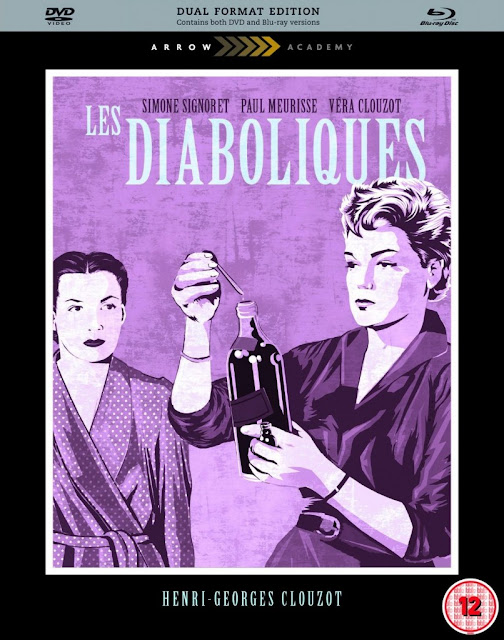 Arrow | 1955 | 117 min | Rated BBFC: 12 | Apr 25, 2011
Micheal (Paul Meurisse) is the tyrannical headmaster of an elite all boys boarding school, that's owned by his wife Christina (Vera Clouzot). Everyone at the school despises him: The pupils, teachers and even his mistress Nicole (Simone Signoret). Consorting together Christina and Nicole decide to dispose of Micheal once and for all. In the hopes of making it look like an accident they lore him to a hotel, where they drug him, before drowning him in the bathtub. Later, they dump his body back at the school's swimming pool, hoping that when his body is finally found the police will think he has fallen in by accident. A few days later when the pool is drained, Christina and Nicole are shocked to find Micheal's body has disappeared. The question is: Who or what has taken him? 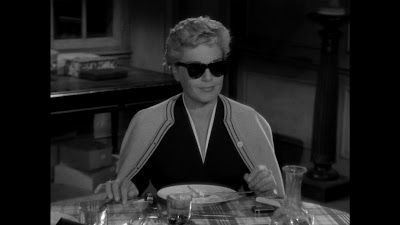 A taut engaging thriller, this was unsuccessfully remade in the '90s with an all-star cast, but nothing can match the perfectly paced black and white original masterpiece. Henri-Georges Clouzot (The Wages of Fear) has craftted a taut thriller, that continues to scare and enthral even today.

Presented in an aspect ratio of 1.33:1, and encoded with MPEG-4 AVC. The transfer is exceptional considering the age of the movie and thankfully Arrow have decided not to reduce the inherent flaws by adding noise or frame reductions. There is one audio track, a French LPCM 1.0, that is crisp and clean, with dialogue especially well presented. Like their cult Blu Ray range, Arrow have included a four panel cover option along with a booklet and poster for the movie. 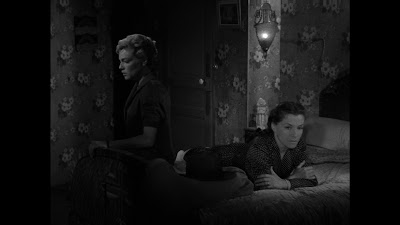 As for the extras you get a high-def transfer of the trailer, an audio commentary by Susan Hayward, author of 'Les diaboliques' and an informative video introduction to the movie by French critic and author Ginette Vincendeau.

This is easily the best Blu-ray option available, even over the Criterion R1 release, there really is no excuse not to add 'Les Diaboliques' to your growing Blu Ray collection. 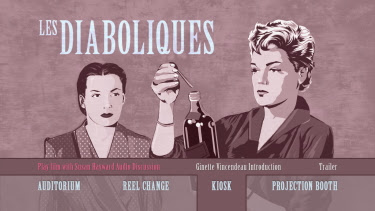