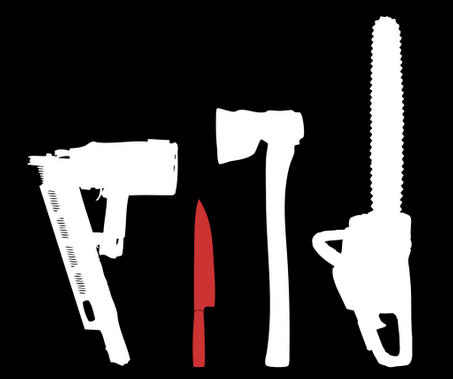 "I had no idea the novel would provoke the reception it's gotten, and I still don't quite get it,"
Bret Easton Ellis 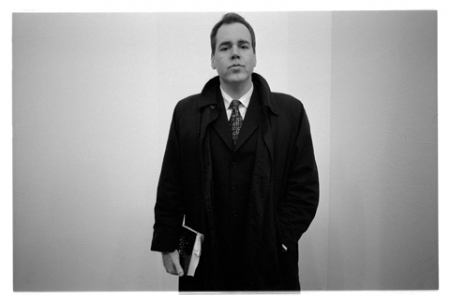 Published in 1991 by Vintage Books, the novel had previously been dropped by distributor Simon & Schuster. Told in the first person perspective by serial killer and Wall Street yuppie Patrick Bateman. The book's savage depiction of violence, mixed with a pornographic level of sexual content, generated a great deal of controversy and outrage. Having spent months researching murders at the New York Public Library, Ellis's American Psycho has an in-depth medical realism when detailing the novels numerous ghastly murders.


"[Bateman] was crazy the same way I was. He did not come out of me sitting down and wanting to write a grand sweeping indictment of yuppie culture. It initiated because my own isolation and alienation at a point in my life. I was living like Patrick Bateman. I was slipping into a consumerist kind of void that was supposed to give me confidence and make me feel good about myself but just made me feel worse and worse about myself."

Set among the wealthy elite of Manhattan at the tail end of the 1980's, American Psycho details about three years in the life of privileged investment banker Patrick Bateman. The book documents his everyday activities, told from his detached self-obsessed perspective. 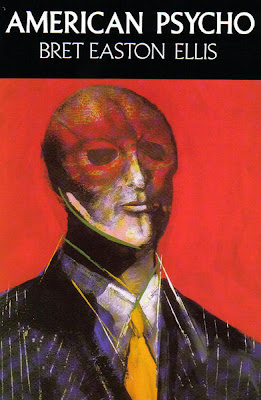 In the beginning of the book, Bateman describes his every day activities, such as renting videotapes and making dinner reservations. The story occasionally stops so Bateman can directly addresses the reader in order to give his personal reviews and critique on such '80s favourite’s Genesis, Huey Lewis and the News and Whitney Houston. There are frequent accounts of sex acts with prostitutes that Bateman solicits, these "hardbodies" as he puts it, are subjected to the worst descriptions of torture, rape, mutilation, cannibalism, and necrophilia. One difference between the movie and the book is we get to see a little more of Bateman’s relationship with his estranged family, from his senile mother to whom he visits in a nursing home, to his younger brother Sean Bateman. Sean being one of the characters from Ellis's earlier novel, The Rules of Attraction, which also has a brief appearance by Patrick. 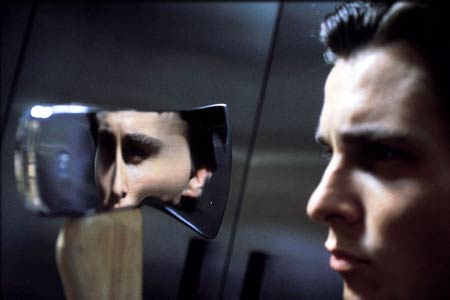 Throughout the novel Bateman's "Control" over his violent urges deteriorates, resulting in an increased number of murders later on. These murders are so sadistic, that if anyone had tried to capture them on screen, like the description of a woman being violated with a rodent, or another being hooked up to a car battery, surely the movie would have been banned outright. Nearing the conclusion of the novel Bateman is almost totally consumed by his alternative self, he can barely function at work, his killing have increased and he crazily thinks strange and nonsensical ideas like an anthropomorphic park bench is stalking him. It’s in these final chapters of the novel that we begin to wonder are all these murderous acts in Bateman's head all along? Whether any of the crimes depicted in the novel actually happened or were simply the fantasies of a delusional psychotic, is deliberately left open.

After the books worldwide release, Ellis received a number of death threats and hate mail from women’s rights groups. They demanded the books misogynist view on women be heavily edited, if not removed from  stores entirely. Its main antagonist was Feminist activist Gloria Steinem who would later coincidentally become the stepmother of Christian Bale, who would later play Bateman in the film. This coincidence is mentioned in Ellis' mock memoir Lunar Park, in which Bateman appears towards the end of the book and subsequently dieing in a fire. 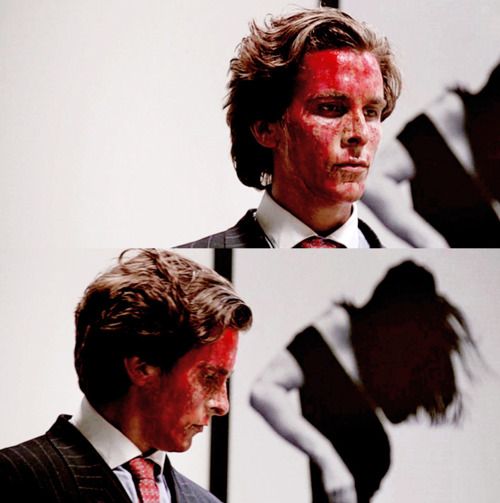 The novel was originally optioned in 1991 just after the its release, hoping to cash in on the wave of controversy generated by the book, the idea of an 'American Psycho' movie was shopped around the major studios. A number of scripts were drawn up, some scripted by Ellis himself, who treated the movie as a joke, Ellis even ended his script with Bateman breaking into song, joined by the whole of New York. Stuart Gordon of 'Re-Animator' fame, even tried to get a version together with the hope of  Johnny Depp starring as Bateman. Gordon envisioned the film being in black and white, while sticking as close to the book as possible, meaning a guaranteed X-rating. After the project fell through, David Cronenberg had a shot, with Brad Pitt. Instead the studio settled on Mary Harron, who had achieved a level of success with her 1996 film 'I shot Andy Warhol' (a period piece set in the sixties), Harron was given the task of creating 1980s Wall Street at the peak of its "Greed is good" mentality.

Initially, she considered a number of actors for the role of Bateman, including: Billy Crudup, Ben Chaplin, Robert Sean Leonard, Jonny Lee Miller and Jared Leto, eventually, Harron went for Christian Bale, a little known at the time British actor. Having accepted the role, Bale met with contempt from producers who tried to talk Harron into casting Edward Norton instead. Refusing, Harron stuck to her decision, insisting she would only make the movie if Bale was her lead. The studio finally relented, but as compensation they insisted the supporting cast be rounded out with big name actors. Agreeing, Harron hired William Defoe to play Kimball and Reese Witherspoon to play Evelyn. With a script ready and the cast locked, production was finally ready to begin, when the worst possible situation arose. Leonardo DiCaprio, then one of the most sought after actors in the world after the success of 'Titanic', became interested in the role of Bateman, after reading Harron’s script.

The studio seeing dollar signs, started to view this small, darkly comedic little adaptation as something a lot more viable. Soon Harron found that the movie she was prepping for months was being taken off her with Oliver Stone subsequently hired to replace her.

Working from a script by Matt Markwalder, Stone was set to cast James Woods as Kimball, Cameron Diaz as Evelyn, Elizabeth Berkley as Courtney and Chloë Sevigny as Jean, keeping only Leto on the project as Paul Allen. With the project slipping away from her, Harron and Bale felt totally betrayed by the studio and infuriated that all their hard work had been destroyed. Especially Bale who had been getting in shape for the role months in advance, spending countless gruelling hours in the gym honing that perfect Bateman physique.

Salvation though came in the unlikely form for the pair when Gloria Steinem - who would later become Bale's mother in law - pleaded with DiCaprio not to make the movie, citing his fan-base of impressionable teenage girls. Fearing Steinem concerns, DiCaprio left the picture, making the more commercially viable 'The Beach', for director Danny Boyle. With DiCaprio's departure, and Stone wanting a bigger budget than the 8 million Lions Gate had hoped,  the studio once again turned to their original choice Harron, who returned to her original castings decision's and script, keeping only Sevigny on the project as Jean.

With knives pointed squarely at the 'yuppie' juggler, Harron and her writing partner Guinevere Turner, turned Ellis’s episodic un-filmable novel into a viable movie. Scathingly dissecting the wretched yuppie consumer driven lifestyle under the movies sharp script, that's accompanied by a hypnotically unhinged performance by Bale. Speaking recently in an interview, Harron spoke of how she saw Bateman as an alien life form trying to copy our mannerisms, to “Fit in”, as he puts it. He acts as human as he can, but he's so twisted by greed and status that he’s stopped being one of us, more of an entity, collected from the cesspool of all that was rotten in '80s America.

His skin an orange glow, his body a rippling series of muscles, covered by exquisitely designed suits, Bale inhabits the character of Bateman, in a way no other actor possibly could.. In fact he so inhabits the him, that when you see him on screen you just see Bateman, never a performance. Having watched an appearance by Tom Cruise on the David Letterman show, Bale modelled Bateman on what he calls “this very intense friendliness with nothing behind the eyes”, masked by an appropriately phony smile. During the shooting of the film, Bale never dropped character even speaking in an American accent off set at all times. It was only at the wrap party, when he began to speak in his own British accent, leading many of the crew members to belive he was speaking that way as an accent for another film. It’s that level of commitment that made him a star after the movie, told at the time it would be career suicide to play the consumer monster; it instead had the opposite effect, leading to another American psycho, The Batman. 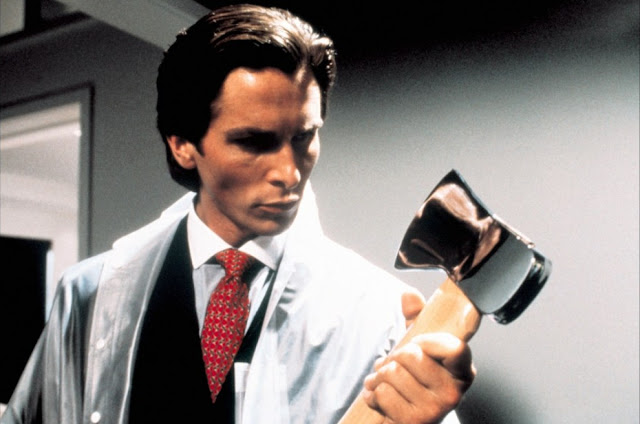 Filled with endlessly quotable dialogue and classic scenes, like Bateman's moonwalk and the infamous "Hey Paul" scene, the movie has taken on another life since being released, even surpassing the notorious book it was based on.

This is not an exit.
2000 American Psycho Christian Bale