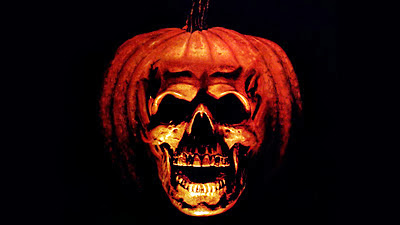 After the events of the previous film, Laurie Strode (Jamie Lee) is now confined to a hospital bed in Haddonfield general. As Michael gets ever closer to his intended victim, the body-count inevitability starts to rise. The question is: will Dr. Loomis (Donald Pleasence) be able to protect the wounded Laurie from The Shape? Or will the unstoppable killer, who has more in common with his intended target than they can possibly imagine, get to her first?


Now I can't remember exactly which horror documentary it was, but it always struck my how candidly John Carpenter confessed to scripting 'Halloween' 2 for nothing more than a hefty pay check. He even boldly admitted writing this highly anticipated sequel while slugging back beer to help fuel his creativity. That beverage of choice no doubt led to the controversial implementation of lineage between The Shape and his put upon target, Laurie. This detrimental change to the mythology would have an ever lasting affect on the series, infecting every entry there after. Personally I believe this link between stalker and prey wasn't necessary to further the sequel. I always found the original far scarier, as Michael went about his bloody business murdering helpless teens without motive, or reason.

To put the 'Halloween' movies into context from my own viewing experience, like a lot of young horror fans I watched them out of order. This had a lot to do with rental stores carrying very little in the way of horror titles in the early '90s in Ireland. So when I did eventually manage to find part 2, I had already seen the movies aftermath in 'The Return Of Michael Myers'. I remember quite clearly discovering 'Halloween' 2 among a plethora of other inauspicious horror titles at a now long closed video store. This rental shop is also where I purchased a number of other genre gems for the first time, including 'Nightmare On Elm Street', 'The Dead Zone' and 'Evil Dead' 2. Although the VHS copy I purchased was as well worn as a dirt road, from the opening strains of the iconic theme, to The Shape's first heavy breathing appearance, the magic was still evidently present in this sequel. Of course the movie does have a myriad of problems, particularly in the rough melding of Carpenters flashy input, with Rosenthal's quiet direction. Carpenter famously insisted on adding more money shots of gore and flesh to compete with the booming slasher market, that now featured homicidal mommies and their Mongoloid off spring. Rosenthal on the other hand was happy to keep the pace slow, with a creeping sense of dread, more akin to the original film. This is evident in the TV cut recently included on the Scream Factory Blu-ray, which acts as a sort of directors cut for Rosenthal's preferred intentions.

What does work especially well, is how they manged to bring back nearly every character featured in the original in some capacity, even the deceased Annie makes a small appearance. Had the ever in demand Jaime lee turned her noose up to returning for this horror sequel the movie would have lost a great deal of consistency, and just wouldn't have worked the same way. Unfortunately as this was years after the original, Curtis now sports a rather ridiculous wig throughout the film, to match her younger self. An even bigger crime though is how Laurie is negated to secondary character, as Loomis goes about the hunt and Myers the hunting. Laurie spends nearly the entire movie in a comatose state, as the inevitable show down between her and The Shape inevitably ensues. Had they let the character learn and grow from her past experiences, she could have been more than a match for her newly discovered homicidal bother. Instead we are treated to long scenes of her fleeing though empty corridors, whimpering and confused. Thankfully when Loomis shows up for the fiery conclusion things pick up drastically, as the movie ends with a rather exciting showdown between doctor and patient. Never to be mistaken for a classic of the genre, it's never the less an entertaining little film, that is among the better of the '80s horror sequels.
1981 God I Love '80s Slashers Jamie Lee Curtis John Carpenter Slasher