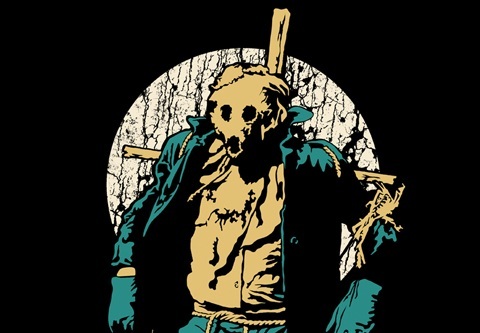 “A scarecrow comes in from the field”. It was this simple idea that first inspired writer J.D. Feigelson to create 'Dark Night Of The Scarecrow', one of the most accomplished and beguiling TV movies ever made. That gave horror hungry '80s viewers a welcome throwback to the golden days of 'EC comics' and 'Twilight Zone' parables. 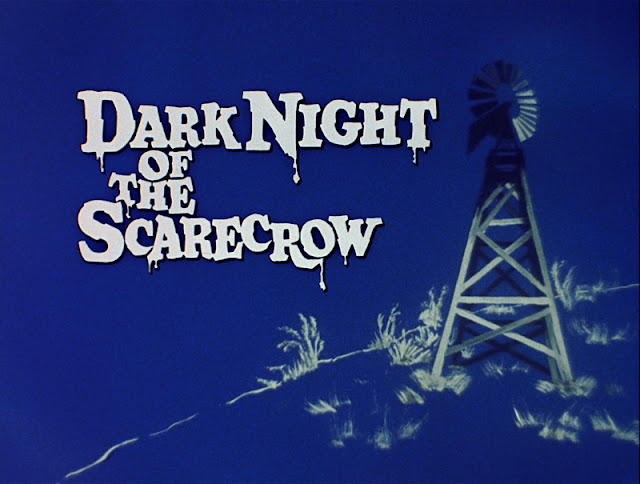 When simple man-child 'Bubba' Ritter (Larry Drake) brings the lifeless body of young friend, Marylee Williams, (Tonya Crowe) to her home, after she's mauled by a dog. A gang of merciless vigilantes led by the rotten Otis Hazelrigg (Charles Durning) set out to find him, convinced he's behind the attack. Following him back to his mother's house, they use a bloodhound to track him to a nearby field. There, dressed in the clothes of an old scarecrow, Bubba  is brutally shot to death, by the cold blooded gang. After which, Otis places a pitchfork in his lifeless hand, making it look as though they acted in self defence.

With no evidence to hold them, the men are set free, with only district attorney Sam Willock and Bubba's grief stricken mother, suspecting the awful truth. Shortly after the trial, a different type of justice begins to find each of the men. Signaled first by the arrival of a scarecrow, each of them starts to fall victim to a series of terrible accidents. Is someone, or something finally getting retribution against these murderers? 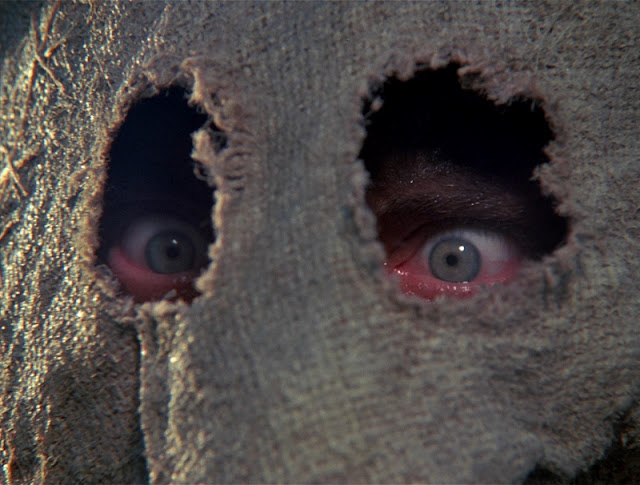 Filled with dark adult themes such as the taboo issues of rape, murder, and the undercurrent of paedophilia., 'Dark Night' stands apart from the stagnant world of made for TV horror. This of course is down to the sharp as a blade script by writer Feigelson, who in a weird sort of 'Forrest Gump' like way had a number of encounters with horror and writing legends before and during his writing process. From his  early friendship with fellow Texan Tobe Hooper ( The Texas Chainsaw Massacre), to his correspondence with Rod Serling (Twilight Zone) and his tutelage under sci-fi legend Ray Bradley, who helped shape the script.

These influences become apparent as you watch the movie, but the fact they are mixed so harmoniously still makes this truly special and unique. In particular the acting from the accomplished cast, such as Larry Drake's (Dark Man) brief, but memorable performance as simpleton Bubba, and Charles Dunning (Tootsie) as the convincingly human monster Otis. Whose 'slippery as a snake' performance adds numerous layers to the horrors he commits, as he twists in his own sick moral code. 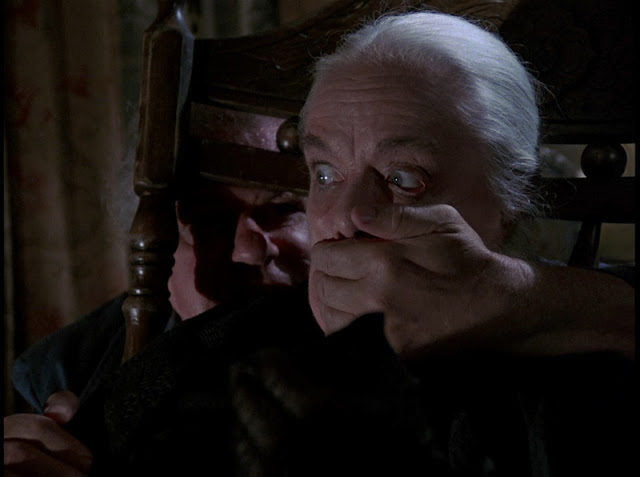 Since first being aired on CBS in October, 1981, 'Dark Night' has been steadily building a cult fan-base, becoming a Halloween mainstay throughout the '90s cementing its place in the hearts and nightmares of an entire generation. Although the image of the murderous scarecrow has since becomce an archetypal to the horror genre, 'Dark Night of the Scarecrow' got there first and in my opinion remains the best example to date.
1981 Charles Durning Hidden Horror Gems Made For TV Slasher Scarecrow Slasher