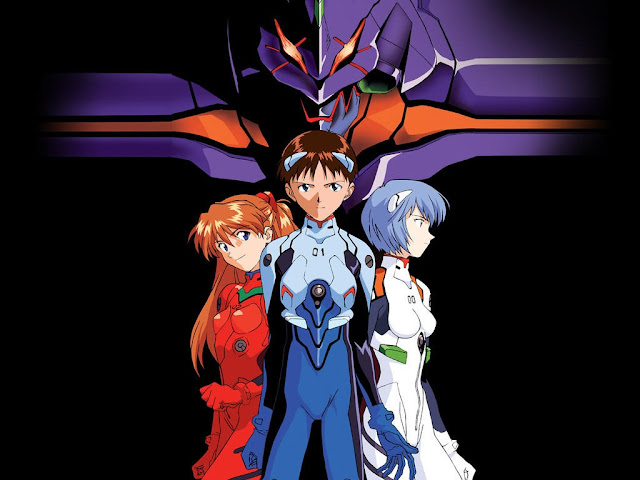 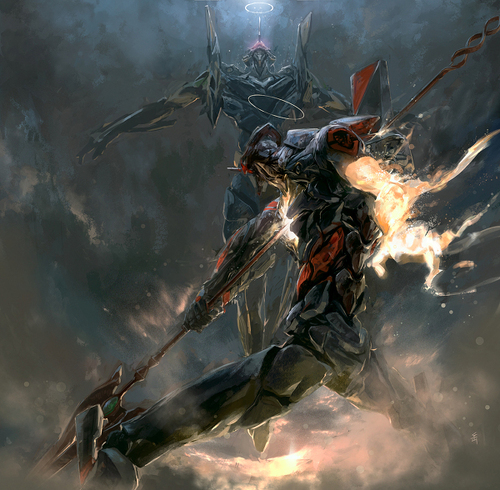 The densely layered plot of 'Evangelion' starts in the year 2000 when the cataclysmic ‘Second Impact’ - a global catastrophe impacting on the continent of Antarctica - results in a change of the Earth's axial tilt, causing the deaths of nearly half the world’s populace. This incident is made top secret by government officials, who fraudulently blame it on a meteorite crash. It is in fact the result of experimentation's on the first of what are collectively known as Angels - being that can take different forms, with unique abilities - who possess AT-force fields, an internal S² engine, and an externalized core that serves as the soul. Even though they are composed of an altogether different form of matter - characterized by both particulate and wave properties, like light - the Angels' genetic code bears a 99.89% similarity to humans. These secretive operations are funded by the organization Seele, with help from the arcane research organization Gehirn.

"You will be required to do wrong no matter where you go. It is the basic condition of life, to be required to violate your own identity. At some time, every creature which lives must do so. It is the ultimate shadow, the defeat of creation; this is the curse at work, the curse that feeds on all life. Everywhere in the universe"
Philip K.Dick 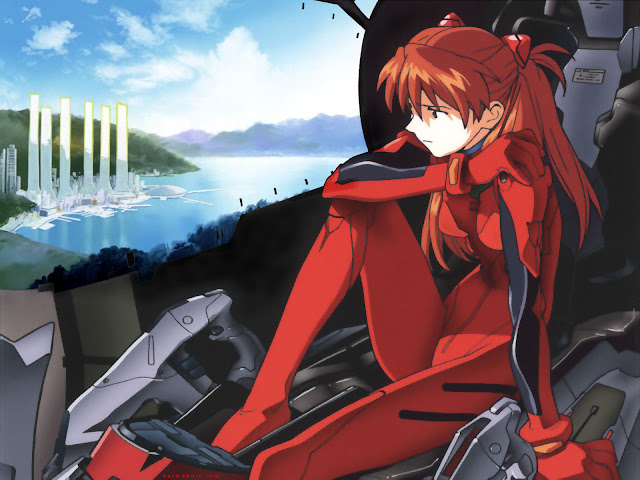 In the year 2015 Gehirn has now morphed into the paramilitary group known as Nerv, who have set up their headquarters in Tokyo-3, the last vestige of civilisation in a militarised Japan - that has nearly been destroyed by rising climatic sea changes. As the third Angel attacks, the military implements all available resources, but is unable to defeat this unyielding opponent. Begrudgingly they hand over the operation to the Nerv team led by enigmatic commander Gendo Ikari, who has summoned his son Shinji into the epicentre of Nerv's base, led by his tenacious guardian Misato. Faced with his father for the first time in 3 years, he is asked to pilot Evangelion Unit 01, as these Bio-mechanical vessels can only be piloted by children born after the 'second impact' - for reasons as yet unknown. Refusing his father’s request, Gendo instead turns to the gravely wounded Rei Ayanami, the pilot of Eva unit 00. Taking pity on the injured Rei, Shinji reluctantly agrees to pilot the Eva into battle against the angel. Through the implantation of LCL (a breathable liquid substance) he bonds his nervous system to the Eva, allowing him to control the Eva through his thoughts and actions. As the Angels continue to appear throughout the series, he and Rei, along with the egotistical third pilot Asuka Soryu, work together in conjunction with Misato and Nerv to stop them one by one, with only a tangled, cryptic divination by Seele as their guide.

In between the astonishingly tense battles, a Freudian psychoanalytical allusion amasses amongst the pilots, forcing them to struggle, not only with the mighty Angels, but their own inner demons. Complex feelings of social and emotional difficulties factor heavily into the events of the series, mixing with unresolved sexual tensions, injuries, and deaths. In the closing episodes of the series, Shinji faces his doubts and fears, along with examining his self-worth through sequences of animated schizophrenia, that are accompanied by agonised flashbacks, sketchy artwork, and flashing text. In these final moments Shinji must decide if life is worth living and if his role in piloting an Eva is enough to justify his existence...?

"Men called them Overlords. They had come from outer space. They had brought peace and prosperity to Earth. But then the change began. It appeared first in the children-frightening, incomprehensible. Now the Overlords made their announcement: This was to be the first step in the elimination of the human race and the beginning of — What?" 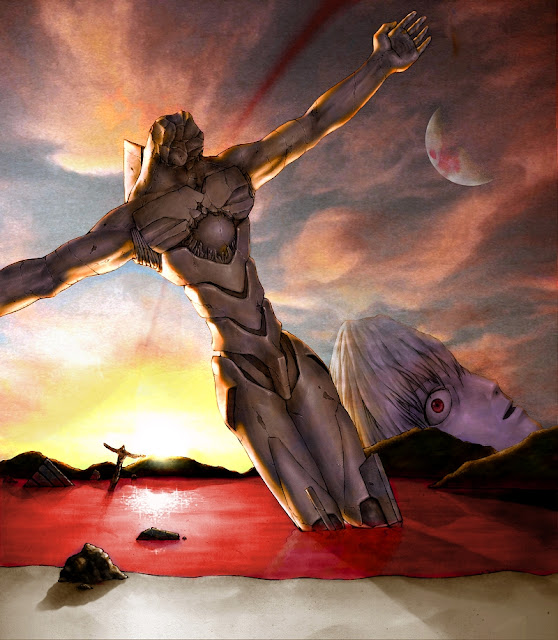 Having suffered a severe bout of depression during the shows gestation, series creator Hideaki Anno chokes the series with heavy themes of mental illness and the existential magnitude of being human. Utilising symbols of Judeo-Christian belief with biblical apocrypha, Anno uses his tortured characters to exorcise his own personal demons, against a backdrop of destructive nuclear animatronic action. Characterised as ‘postmodern fantasy’ this anime is an early example of the genre ‘sekai-kei’: an anime term used to describe a tiny relationship between two persons which leads to a catastrophe so outrageous, it jeopardises the world.

Winner of several prestigious animation awards, this wonderfully thought provoking series, would go on to become a major brand in the animation world. Enjoying a fevered popularity among its fan base, it won first place in the reader-polled "Best Loved Series" category of the Anime Grand Prix. Rei Ayanami won in the best Female Character category in 1995 and 1996 (followed by Shinji Ikari winning in the Male Character category in 1996 and 1997). In 1998, EX.org's readers voted it the #1 US release and in 1999, the #2 show of all time. 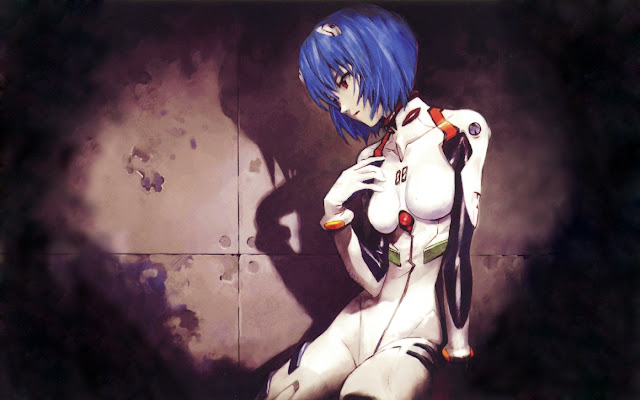 Later in response to the backlash by fans against the nature of the series finale, Anno made the alternative ending 'The End of Evangelion', which ends the show in a suitably apocalyptic manner, giving a more definitive conclusion to the series. After this, the decision was made to turn the franchise into a number of feature films, that retell the story with improved animation and greater thematic depth. So far only 2 of these have been released, with the 2nd 'Evangelion: 2.02', winning many animation awards and amassing a whole host of new fans to the 'Evangelion' phenomenon.
Characters: 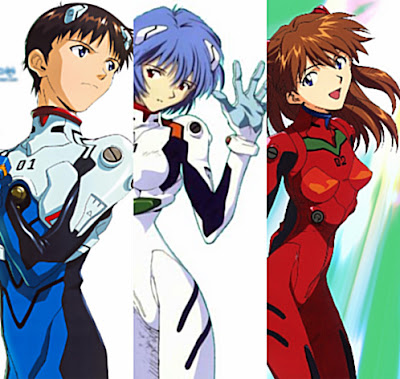 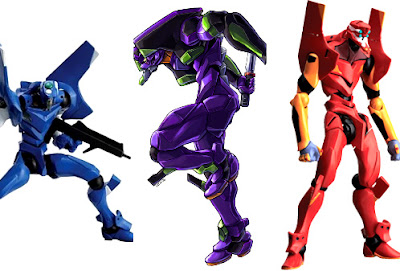 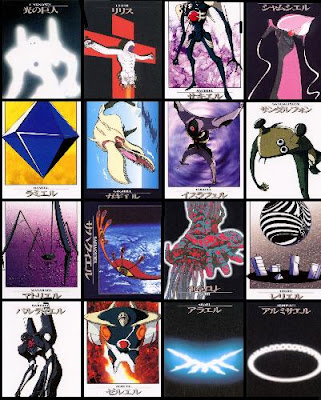 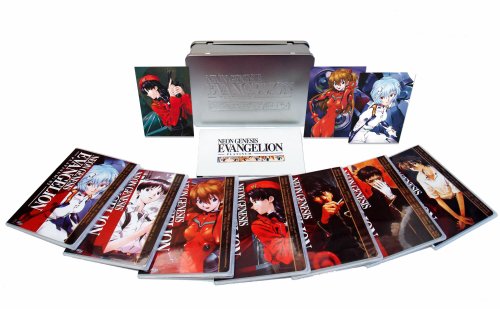 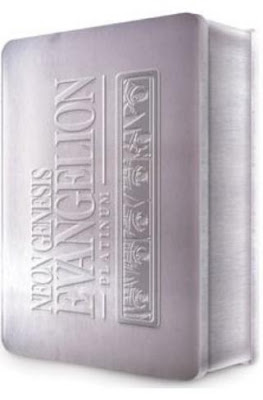