Since the birth of motion pictures, there have existed movies that deliberately set out to challenge and provoke viewer’s sensibilities. These explosive films finally broke into the mainstream in the '60s and '70s, as ever more relaxed social and religious boundaries, finally enabled film-makers to create their own  visions. 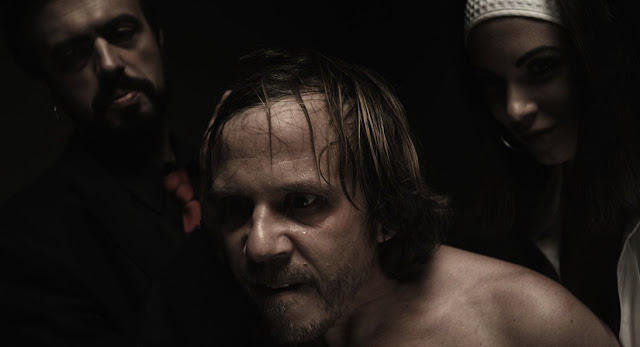 This eventually led to a number of extreme exploitation films, created under such audacious titles as: the Cannibal film, Nazisploitation, Nunsploitation, as well as the Giallo and its popular American cousin the Slasher film. These B to Z provocateurs of cinema continued right through to the ‘80s, until all of the dirty little genres were seemingly swept under the carpet. Instead '90s audiences turned to bigger budgeted, crowd pleasing Hollywood effects extravaganzas.

Of course that didn't mean extreme cinema was dead, in fact it returned stronger than ever, as a new set of wild European and Asian film-makers, started churning out movies that can only be described as sick endurance tests, for unsuspecting viewers. ‘Battle Royale’ (2000), ‘Irreversible’ (2002), ‘Martyrs’ (2008), 'The Human Centipede' (2009) and of course the vilest of all these, 'A Serbian Movie' (2011). 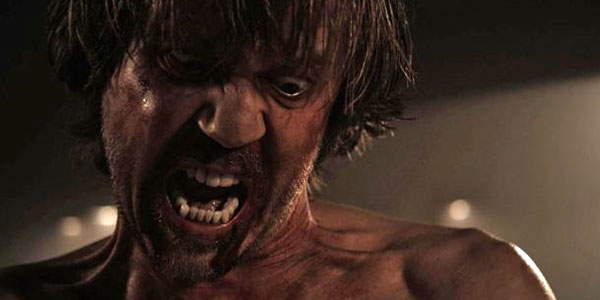 Even with all these horrors, the greatest of all the films sins isn't carried out by the put upon Miloš, but by another. I am of course talking about the vile and downright unforgivable...'newborn porn'! Soon into ‘A Serbian Film’ a hooded man delivers, and then begins violating a newborn infant.  With this one vile act, I completely turned against the movie, and its makers. This kind of content cannot, and should not be excused or forgiven. I would consider myself far from prudish, but there are two things I never want to see on screen: real life animal cruelty (Cannibal Holocaust), and sexual violence toward children. There has to a line drawn somewhere when it comes to cinematic content. The most worrying aspect is that now that the bar has been raised, what will someone else conjure up to outdo it?. 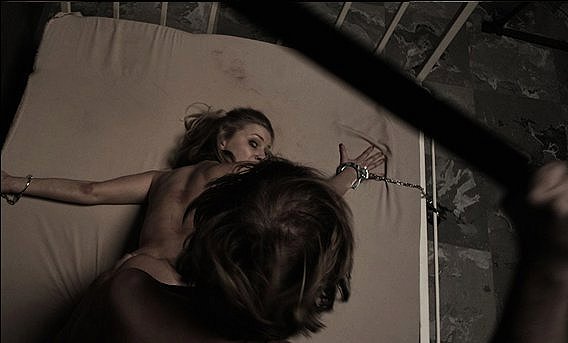 While I understand that audiences today are numb to whatever horrors the average movie inflictes on them. That still doesn’t justify the existence of this deliberately provocative and needless cinematic filth. I would never usually be the one pointing fingers at a movie over its content, but I just can’t find any good reason for its existence. Except to turn what would have been a forgettable little low budget horror film, into a controversial hot topic. Thus ensuring its profitability, thanks to curious, unshakable extreme cinema fans.

It may seem hypocritical to be deriding this 'A Serbian Film' so strongly, what with me being the reviewer and fan, of countless movies that feature similar violence towards women, childern and animals. Don't get me wrong, while I fully support the idea of an adult being allowed to choose their own content, and I am totally against censorship. When it comes to films like this, you can’t help but think maybe there is a need for a classification board after all. As this, and the outrageous 'Human Centipede 2', continue to expand the ever widening level of derogation seen in films today, the question is: What will appear next to outdo these wretched creations? And do we really want to see it? 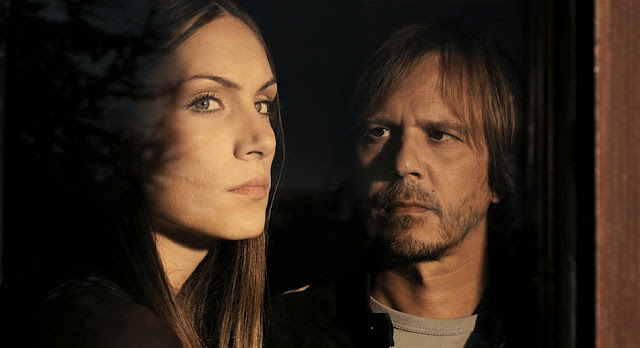 Now that babies are the menu, and twisted rape has been brought to its filthy conclusion, will the next crop of horror movies try to outdo this, or will the genre revert back to a purer state, to cleanse itself of these sins?
The controversy: 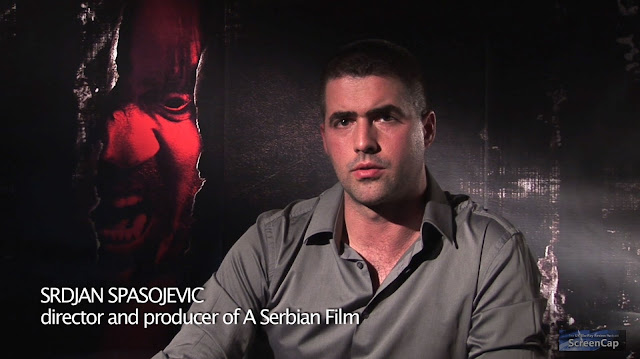 The director and writer, Srđan Spasojević and Aleksandar Radivojević, have made statements to the effect that their creation is a parody of modern politically correct films made in Serbia which are financially supported by foreign funds. Radivojević answers: "A Serbian Film is a metaphor for our national cinema - boring, predictable and altogether unintentionally hilarious which throughout our film to some extent is commented on and subtly parodied". Similarly, Radivojević describes Serbian cinema as "...pathetic state financed films made by people who have no sense or connection to film, but are strongly supported by foreign funds. Quality of the film is not their concern, only the bureaucratic upholding of the rule book on political correctness

According to Spasojević, the character of Vukmir is "an exaggerated representation of the new European film order ... the Western world has lost feelings, so they’re searching for false ones, they want to buy feelings." In another interview Spasojević is quoted as saying "my shocking 'A Serbian Film' exposes the fascism of political correctness". On the question of whether the violence depicted deals with Serbian soldiers and war crimes that they have committed, Spasojević answers: "'Srpski Film' does not touch upon war themes, but in a metaphorical way deals with the consequences of post-war society and a man that is exploited to the extreme in the name of securing the survival of his family”

Spasojević and Radivojević also express that the film is not exclusively dealing with Serbian issues but issues in the "New World" in general. "We didn’t want to make a hermetic picture that would deal exclusively with our local tragedies, but to tell a story with global overtones, because Serbia is merely a reflection of the ways of today’s New World in general, as it tries to imitate it and fails miserably.

Contrary to the peerless politically correct facade of the New World, it’s still a soulless devouring machine for killing every small freedom – of art and free speech – we have left, destroying everything different in its path".