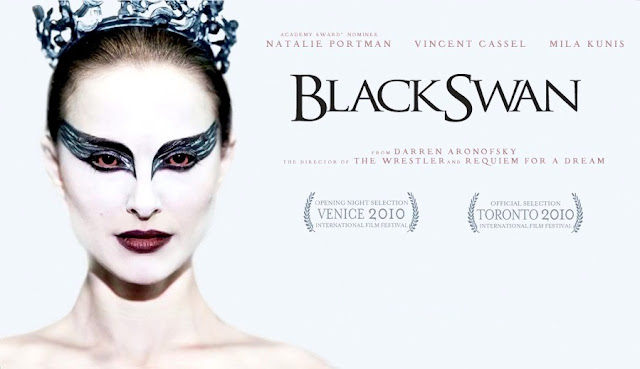 Nina Sayer (Natalie Portman) is a dancer with the New York City ballet company who lives with her controlling and possessive Mother Erica (Barbara Hershey), a former dancer whose career was cut short when she fell pregnant with Nina. Under the strict tutelage of Thomas (Vincent Cassel), ‘Nina’ wins the coveted lead role in his radical take on the classic ‘Swan Lake’ in which he boldly envisions the lead playing the dual role of White and Black Swans. Along with the pressures of her performance, Nina must also contend with a number of human obstacles. Such as the perfectionist Thomas, her mothers increasing control over her and the overtly sexually carefree Lily (Mila Kunis), who under the guise of friendship might be planning to steal her big part for herself. Suffering from both exhaustion and stress with this arduous endeavour, Nina begins having terrible hallucinations, that push her very sanity to its limits.

Having established himself as a filmmaker to watch with his early uncompromising films, 'Pi' (1998) and the deeply troubling drug parable 'Requiem for a Dream’ (2000), it was his previous effort 'The Wrestler' that finally brought director Darren Aronofsky both critical and financial success. Utilising a raw handheld docu-style, he brought a hard edged realism to the life of the tormented Wrestler, here he deftly masters this technique while also injecting it with the added ingredient of body horror, a clattering of bold colours and ominous unnatural sounds. Along with the striking visuals, Aronofsky and writers Mark Hayman and Andres Heinz give the viewer a fascinating glimpse behind the scenes of the strange, competitive world of ballet, that few outside its own elite circles know anything about. Littered amongst the meat of the story, we are shown the mental and psychical riggers of toning and shaping your body into an acceptable vessel to compete in this demanding world. This is personified by the raw, fragile performance by Portman, that finally brought her a long overdue Oscar after a number of iconic roles.

While I am sure many will scoff at the themes and motifs raised here, it remains a piece of shocking beauty. Standing tall as an uncompromising look at a profession that tasks mind and body, while also holding a transformative performance by its lead. 'Black Swan' is a startlingly shot psychological thriller and a downright masterpiece of cinema. Highly recommended.

In Summation:
Black Swan is a nightmarish trip into the dark recesses of a fractured mind, ‘Black Swan’ is a glorious throwback to the sanity-shaking early cinematic masterworks of Roman Polanski (‘Rosemary’s Baby' and 'Repulsion'), combined with the hallucinogenic imagery of David Lynch.