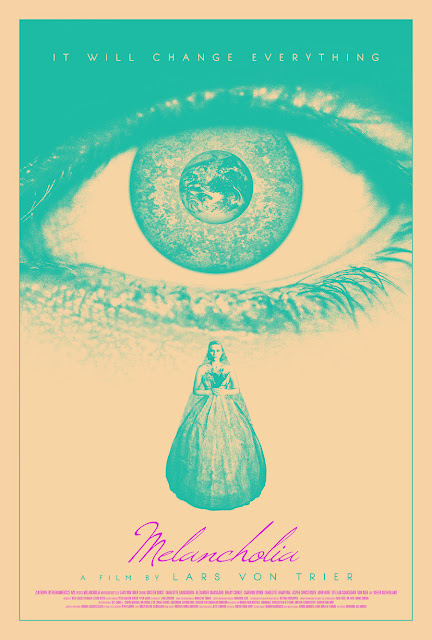 'Melancholia' is an end of the world drama, as seen through the eyes of the emotionally depressive Justine (Kirsten Dunst), and her controlling sister Claire (Charlotte Gainsbourg). 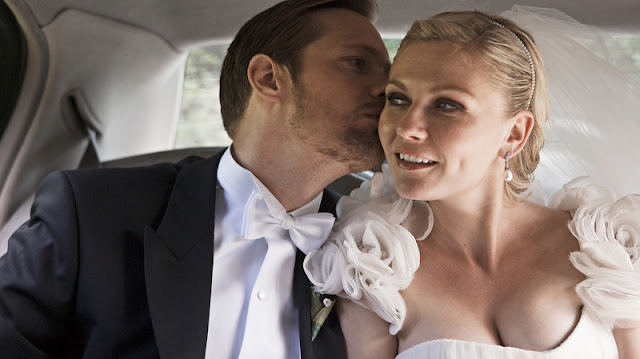 In the opening prologue the once hidden planet Melancholia - a massive blue telluric planet that was undiscovered behind the sun - and Earth collide into each other, in a balletic dance of destruction, set to the prelude of Wagner’s 'Tristan und Isolde'. The next part entitled Justine jumps back before the catastrophic collision, where we see the tension filled wedding between Justine and Michael, at a lavish mansion. Over the course of the reception Justine's behaviour becomes ever more erratic and troubling, culminating in her new husband leaving her.


The second part entitled Claire, we see Justine entering into a severe state of depression after the events of the wedding. It is now up to her sister, to tend to her, as she slowly recovers. As she does, the impending spectacle of planet 'Melancholia' casts a dark, troubling shadow above, as it inches closer to its inevitable fate with Earth.

Since completing 'The Idiots' in 1998, Lars Von Tier has been making movies that predominantly explore the nature of womanhood and femininity. Through a number of bleak, but powerful films, the director has been concurrently exorcising his own personal demons, along with examining the struggle of the modern woman. In the bleak musical 'Dancer in the Dark', Von Trier looked at the responsibilities and sacrifices of motherhood. As Bjork's character is forced to suffer through progressively worsening blindness, so as to necessitate her son in having a sight saving operation.

Next he dealt with female empowerment, and a woman’s perceived place within in the community, in the stripped down stage-plays of 'Dogville' and 'Manderlay'. He moved into even darker territory with the sexually violent 'Antichrist', which shows emotional pain manifesting itself psychically on the female body. Sharing many themes with 'Antichrist', 'Melancholia' is awash with mental neuroses, mined from Von Trier's own personal struggles with depression. Through a shroud of impending doom, both sisters show differing levels of anxiety and mental instability, as the world meets its faith. 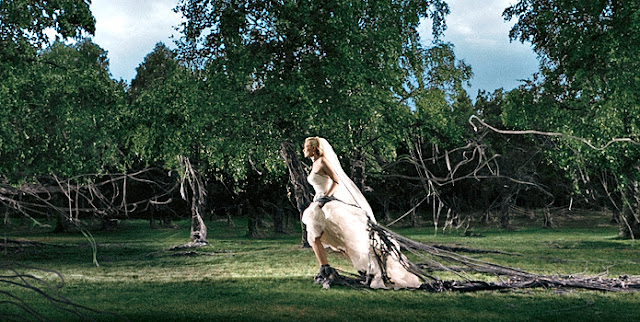 'Melancholia' has some of the richest ideas and visuals conjured by Von Tier. He deftly mixes science fiction, astrophysics and disaster movie aesthetics, with his own unique take on mental disorder and the female mindset. The fact that these themes are wrapped in a visually and audibly captivating end of the world drama is an added bonus. While it is true'Melancholia' is an acquired taste, if you have dined at Von Triers table before you will know exactly what to expect. For those that are new to the directors strange world, this is a wonderful place to start.
2011 Doomsday Forgotten Films Lars Von Trier