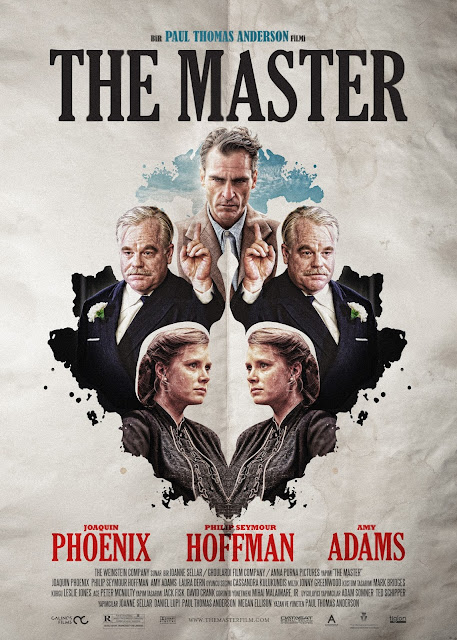 Most American movies today are created especially for a specific target audience, such as the nauseating 'Twilight' saga, and it's equally bland cohorts: 'Saw' and 'Paranormal Activity'. Very few modern films dare to step beyond their comfort zone, rendering most cinematic experiences the equivalent of eating a large portion of fast food. The quick sugary rush is followed by the inevitable, saddening come down, leaving the viewer wallowing in regret. Other, more fantastical films such as ‘The Master’, are far more precious, like a choice wine, or a delectable feast, they are a commodity to be savoured, and thought upon as you consume. 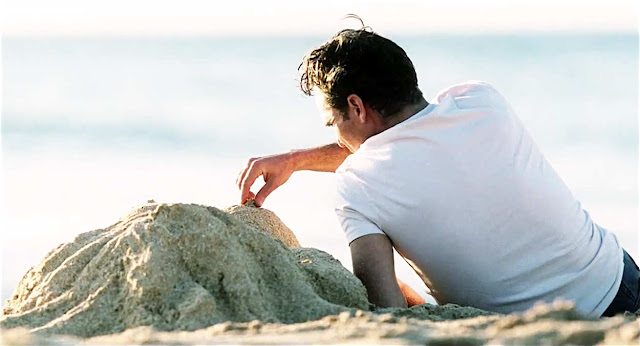 Directed by current American wunderkind and cinematic auteur, P.T Anderson, who has garnered a reputation as the natural successor to '70s cinematic titans such as: John Houston, Terrance Malick and mentor, Robert Altman. Here, Anderson draws on a number of differing sources - including conversations with actor Jason Robards (Magnolia), and unused scenes form 'There Will Be Blood' – to tell the beguiling and troubling story of World War II vet, Freddie Quell (Joaquin Phoenix), and his chance meeting with enigmatic cult leader, Lancaster Dodd (Philip Seymour Hoffman).

Since its release the movie has come under fire from a number of high ranking officials in the secretive Scientological religious organisation due to its parallels with the life of founder, L.Ron Hubbard, and with the Church's genesis. However, to simply describe this as a thinly-veiled movie about the roots of Scientology, is to do both the film and its creator a great disservice. While there are similarities to Hubbard and his church, this, like the previous movies in Anderson's oeuvre, this is a film about men and their relationships and how they eventually change one and other, for the better or worse. From the paternal relationship of Dirk Diggler and Jack Horner (Boogie Nights), to the destructive hatred formed between Daniel Plainview and Eli Sunday (There Will Be Blood). In particular, the final scene of 'The Master' is almost a direct play, and flip, on that of 'There Will Be Blood'. In place of the volcanic eruptions of Plainview and his "Eating up" of Eli, Dodd and Quell come to the end of their journey in an unexpectedly melancholic way, as both men sing to each other, in devastation at their parting. 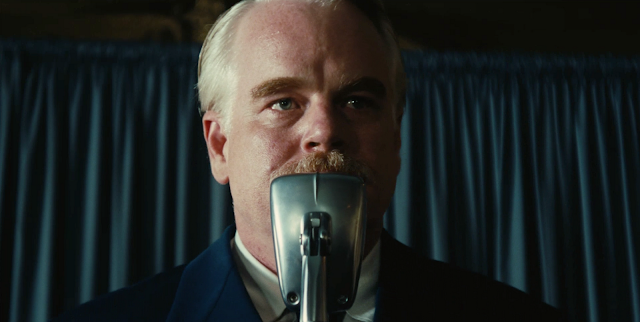 One of the heaviest criticisms leveled at the movie is that the story is deliberately non-liner, and is unnecessarily meandering. Well, after years of false starts, ever changing cast members and countless rewrites, the finished product was bound to be a tad jumbled. Still, even the smallest of its unusual morsels is enough to enrich you more than most of the films that have darkened the multiplexes of late. Phoenix in-particular is a transfixing presence, his face a road map of sin, twisted and gaunt, hiding an ocean of pain behind his hollowed, black eyes. From the sight of him masturbating at the beach, or his wince-inducing hooch, conjured from a crazed assortment of material. His interpretation of Quell is both heart breaking and emotionally scarring to watch. This is no grandly towering performance as with Day Lewis, this is raw nerve-shredding and traumatic acting. Here is one genuinely troubled man portraying another, with an unwavering intensity. While support from Hoffman and Adams has rightfully been praised, I just can’t express how monumental Phoenix is. So much so that, when he is off screen for but a moment the pace of the movie starts to twist around itself like a suffocating snake, as we long for another outburst, a demented reaction, and a shock of violence.

A movie simply too estranged for everyone, this is a director exploring his own preferred cinematic tastes, without conforming to the accepted general consensus. Anderson captures moments both big and small, as his camera gazes on men, on the spitting foam of the ocean as it turns under the rudder of a boat, and the changing expressions of individuals as they speak. He is free to express whatever he wants without pandering, even if that includes his main character fornicating with a feminine shaped sand sculpture within the opening moments of the film.
2012 Forgotten Films Joaquin Phoenix and Amy Adams Paul Thomas Anderson Philip Seymour Hoffman Some Words On