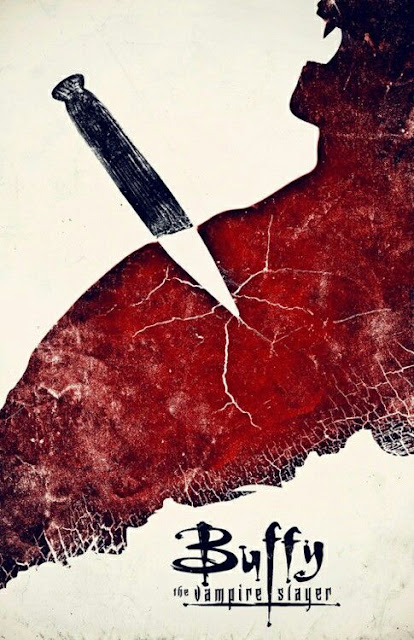 Having spent last week battling an ever worsening cold, that started first as a slight sore throat, before morphing into a five alarm fever. I decided to dispel my misery by revisiting one of my favourite TV shows, 'Buffy The Vampire Slayer'. It had been a while since I watched a full episode, and I must say I was pleasantly surprised how enjoyable it still is. For a while in the 'noughties' I feel out of love with 'Buffy', I was in that cynical mid-twenties phase, you know the one where everything you liked when you were younger is now shit. I threw my appreciation for this show onto the fire of contempt, letting my feeling for it burn away, I'm glad now I can finally start enjoying it again. 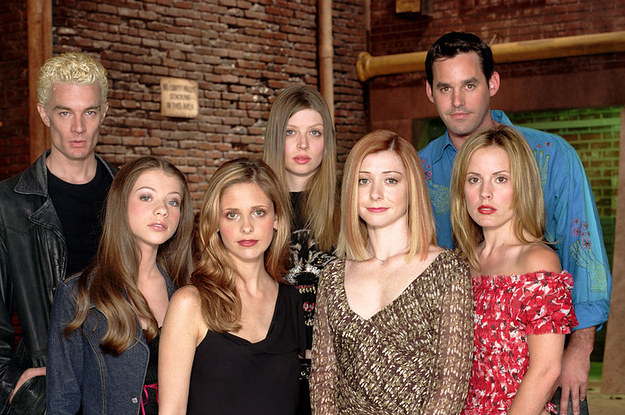 I was at the perfect age (14) to fully enjoy 'Buffy' when it first aired back in 1997. At the time I was just finding my footing as a movie and horror fanatic, so 'Buffy', along with the previous year's 'Scream', supplied me with the perfect nourishment of pop-culture substance. Coming five years after the original movie tanked at the box-office in 1992, the world was now ready for a strong female heroine that could fire off movie references, while simultaneously dusting Vamps.

'Buffy' creator Joss Whedon may see-saw on the 'Fanboy' spectrum as a love him/hate him auteur, but whatever your feeling on the man, you cannot deny his ability to write genuinely great characters. Buffy in particular isn't your standard heroine, she is troubled, feels pain, and has a myriad of real life problems, she even dies occasionally. A known fan of the 'Alien' series - he wrote one of the sequels (Alien Resurrection) - you can tell Whedon incorporated certain traits from Ellen Ripley, into his own creation, Buffy Anne Summers. Both are strong women with a natural sense of leadership, but most importantly though, they never truly win in their fight against evil, they only survive. 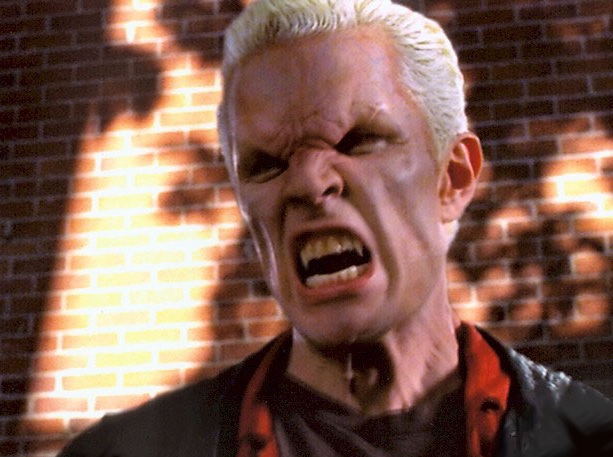 Now I don't want to paint this show as some morbid, depressive slog, it certainly isn't. Yes Buffy and The Scoobies face death each week, but more often than not they literally laugh in its face. I just want to make the point that it has a serious, consequential side, that other genre shows sorely lack. That's what so great about this series, the balance it reaches between light and dark, especially in its most accomplished season (3). Sure it can bring the pain, and bring it hard, but to survive, to carry on, it instills in its characters the need for friends, laughter, and most importantly hope. These themes continually resonate throughout the series, as the cast grow, suffer, and learn.

To me no discussion about 'Buffy' can be complete without mentioning the marvelous roster of villains the show created. While most have a twisted view of the world (Spike, Drusilla), at least they commit their heinous acts with a knowing smile on their faces. The bad guys enjoy being evil (The Mayor), just as much as Buffy delights in defeating them. Look at season ones 'Big Bad,' The Master, he has some of the sickest wit of all the villains to appear on the show. Form his constant sarcastic retorts to his lackeys, to his three stooges style eye poking punishments. It's only the most forgettable and bland threats that have lacked these traits, becoming dull and disposable in comparison - looking at you evil army of whatever in season 4.

One of the most memorable aspects of the series to me, is when Whedon helms one of his special once a season episodes. His contributions to the show have resulted in such masterpieces like fan favourite 'Hush', the lively 'Once More With Feeling' and the ethereal 'Restless'. In these one off slices of gold he reconfigured the perceived notion of TV for the masses, shifting and contorting it into something truly special. He expertly knows what to take away, such as the casts voices in 'Hush', or the music in 'The body', and what to add. Outrageous over the top musical numbers like in 'Once More With', and dream sequence, upon dream sequence in 'Restless'. Anyone of these episodes is enough to warrant 'Buffy' a place in TV history, they are that good. 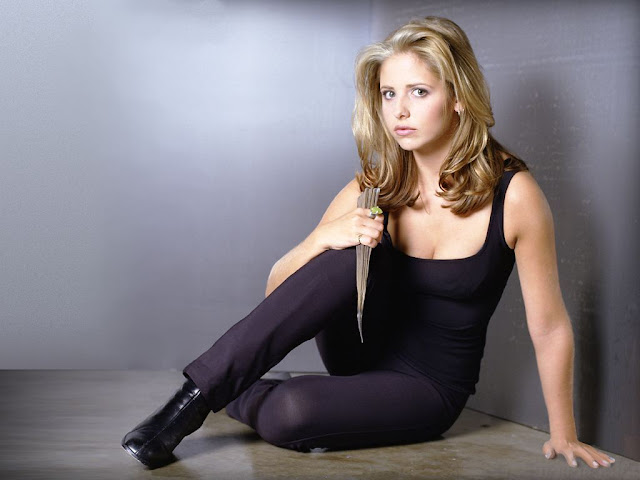 Buffy' isn't the best, greatest, or whatever superlative you want to throw at it, show ever made. What it does have is heart, courage and some of the most well rounded, and likeable characters to ever grace the small screen. If for whatever reason it has been years since you last watched it, or you never got in to it the first time, I would give it a shot, once you get past the shaky first season, it matures nicely, as does the characters, into something unique and worthy, also this is pure awesomeness!
Buffy The Vampire Slayer Forgotten Films Joss Whedon TV Series