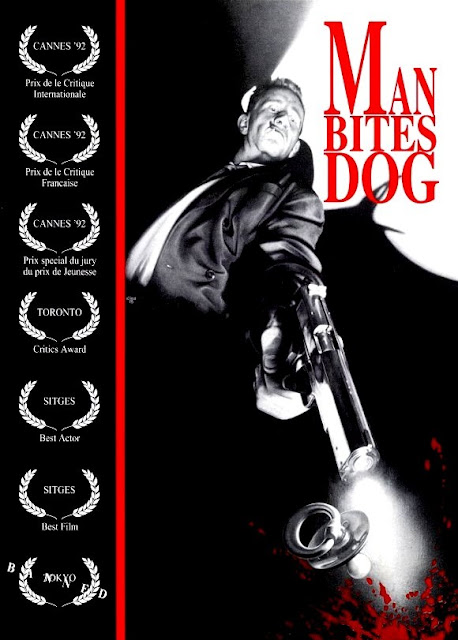 Man Bites Dog is the audacious feature debut of four struggling Belgian filmmakers who turned the serial killer genre on its head. 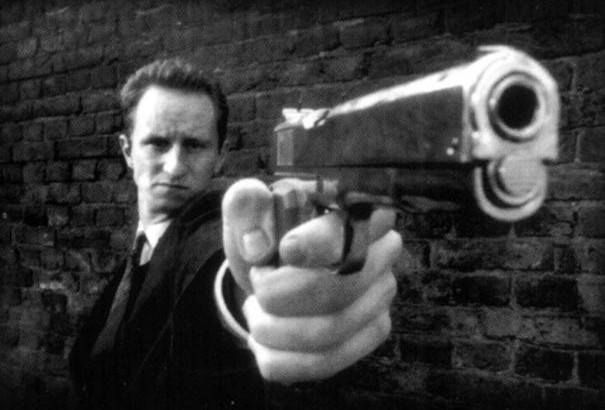 Filmed as if the events shown are part of a real documentary, this takes an in-depth look into the life of a functioning serial killer called Ben. Taking place over a number of weeks we meet Ben's family and friends as he goes about his daily routine of murder. This includes offing postal workers, the occasional pensioner, and violent home invasions. As he goes about these nefarious deeds, he retorts happily with the camera, sharing his amusingly demented observations on life, love and murder.

Man Bites Dog caused quite a stir amongst critics when it first screened at Cannes in 1992. The film is admittedly shocking in its depiction of violence and in Ben's disregard for human life, but it also has a pitch black sense of humour running through its depraved core. The most controversial moment comes near the end of the film when Ben and the documentary crew invade the home of a young copulating couple. Spurred on by Ben, the film crew rape and brutally mutilate the young couple. The next morning as they awake, they find the stark aftermath of their crazed actions. This sequence is so demented and cruel it almost pushes the entire film into absurdest art. 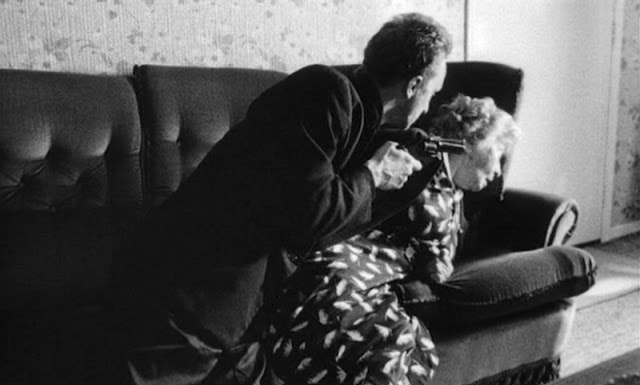 The main strength of the movie is the kinetic performance of lead Benoît Poelvoorde, who gives an electrifying performance as the emotionless killer Ben. Other characters, including the film crew and Ben's parents appear throughout the movie, but it is Ben that dominates completely.

'Man Bites Dog' is certainly unique in its genre, thanks to the documentary sense of realism and the ballistic performance of Benoît. You will laugh, you will cry, you might even feel a little sick, but give this strange little movie your time and you will certainly be entertained.
Extreme Week Forgotten Films Mockumentary Pictures Serial Killer Some Words On