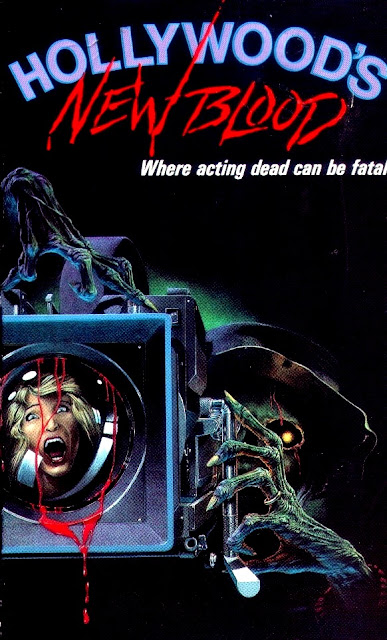 Scraping the bottom of the '80s slasher barrel, we find 'Hollywood's New Blood', featuring some of the worst acting and gore I've seen since 'The Last Slumber Party'. Unfortunately it's not one of those 'so bad its good' slashers, I can get down with those. No it's just plain bad, and downright boring. The killers are also severely underwhelming. It's just three guys in clean wilderness attire with rubber joke shop cuts and burns stuck on their faces! Come on guys you can do better than that. 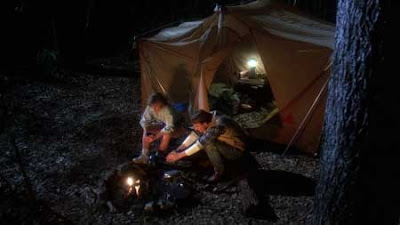 Thankfully there are some choice comedy moments, like one of the characters drying dishes with his head, but these moments of madness are sparse. The worst, most annoying aspect of the movie are the constant bird and animal noises emanating from the forest. These obnoxious noises sound more like the soundtrack to 'Predator' than some American backwoods, quite bizarre.

A truly boring, run of the mill slasher, this would make a great double bill with another padded out slicer, 'The Prey'. Good luck staying awake through that double though.
1988 Forgotten Films God I Love '80s Slashers Slasher