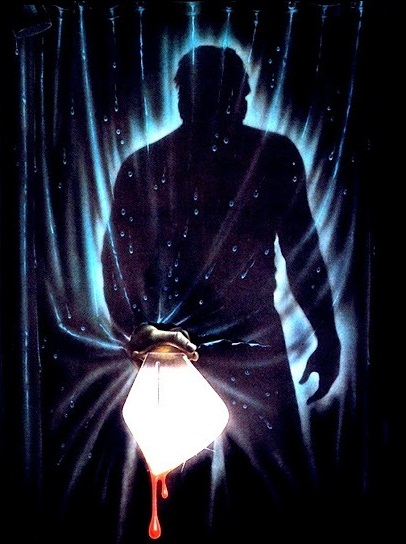 Not wanting to use the simple bag over the head as seen in the previous 'Friday', the script called for him to wear some kind of  mask, but what could be scarier than his misshapen face?

The story goes that during a lighting check, Steve Miner asked the effects crew to apply make-up to the actor who was playing Jason, nearing the end of the day, the exhausted crew instead decided to put a mask on the actor instead. Martin Jay Sadoff, the film's 3D effects supervisor had a bag full of hockey gear with him. What he pulled out was a Detroit Red Wings goaltender mask, that they decided to use for the test. The rest as they say is history, Miner loved the mask, and decided it was a perfect visage for the unstoppable Jason.

Although Sadoff's mask was the inspiration, a different hockey mask was made for the movie. Using a substance called VacuForm, the films effects creator, Doug White, made a new mold to work with, and Terry Ballard finished it off with the iconic red triangles, to give it a unique appearance.
Credits:

After a brief catch up of the the last movies finale, the camera moves in on the severed head of Mrs. Voorhees. Next the 'Friday the 13th' logo zooms out towards the screen creating a 3D effect trail.

Vera gets a harpoon in the eye, Jason's first kill in his newly acquired hockey mask.

Andy gets hacked in half by Jason, who also likes to fold away his kills away nice and neatly, good boy Jason.

Recalling the Kevin Bacon killing in the original 'Friday', a hiding Jason rams a knife up through an unsuspecting victim.

Rick, the most useless leading man in the whole series, gets his head squeezed so tight his eyeball pops out, good riddance. 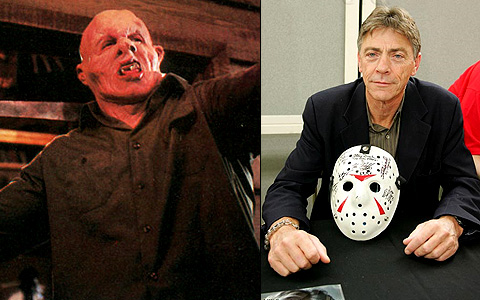 "Hey the vans on fire", oh wait no it's just two stoners who may as well have packed their own body bags it's so obvious they're going to die.

Meet Abel, crazy Ralph's replacement, when not sleeping on the road, he's showing off his body parts collection, that's a lovely eyeball you got their.

Hmm where did I put those peanuts, oh yeah, there they are.

Oh Shelly, your such a practical joker, there's no way this will come back to haunt you later.

The motorcycle gang is the first ethnic group to appear in a 'Friday' movie, of course they are all criminals, nice one '80s American cinema.

Debbie has a gander at some mags, hey isn't that an article on Tom Savini, the original effects artist on 'Friday 1', she's got good taste.

The first appearance of Jason in his iconic hockey mask, bit far away though.

The last remaining gang member gets his hand chopped off by a pissed off Jason.

Jason takes a hatchet to the face, that's gotta hurt.

Mrs. Voorhees makes a cameo, wasn't she decapitated the last time we saw her, this has to be the weakest of the surprise endings.
Does someone crash through a window?
This time Rick gets the honor of continuing a 'Friday' tradition by crashing through a window.

To prevent the film's plot being leaked, the production used the fake title "Crystal Japan," after a David Bowie song. This began an on-again, off-again tradition of giving "Friday the 13th" films David Bowie song titles during filming.