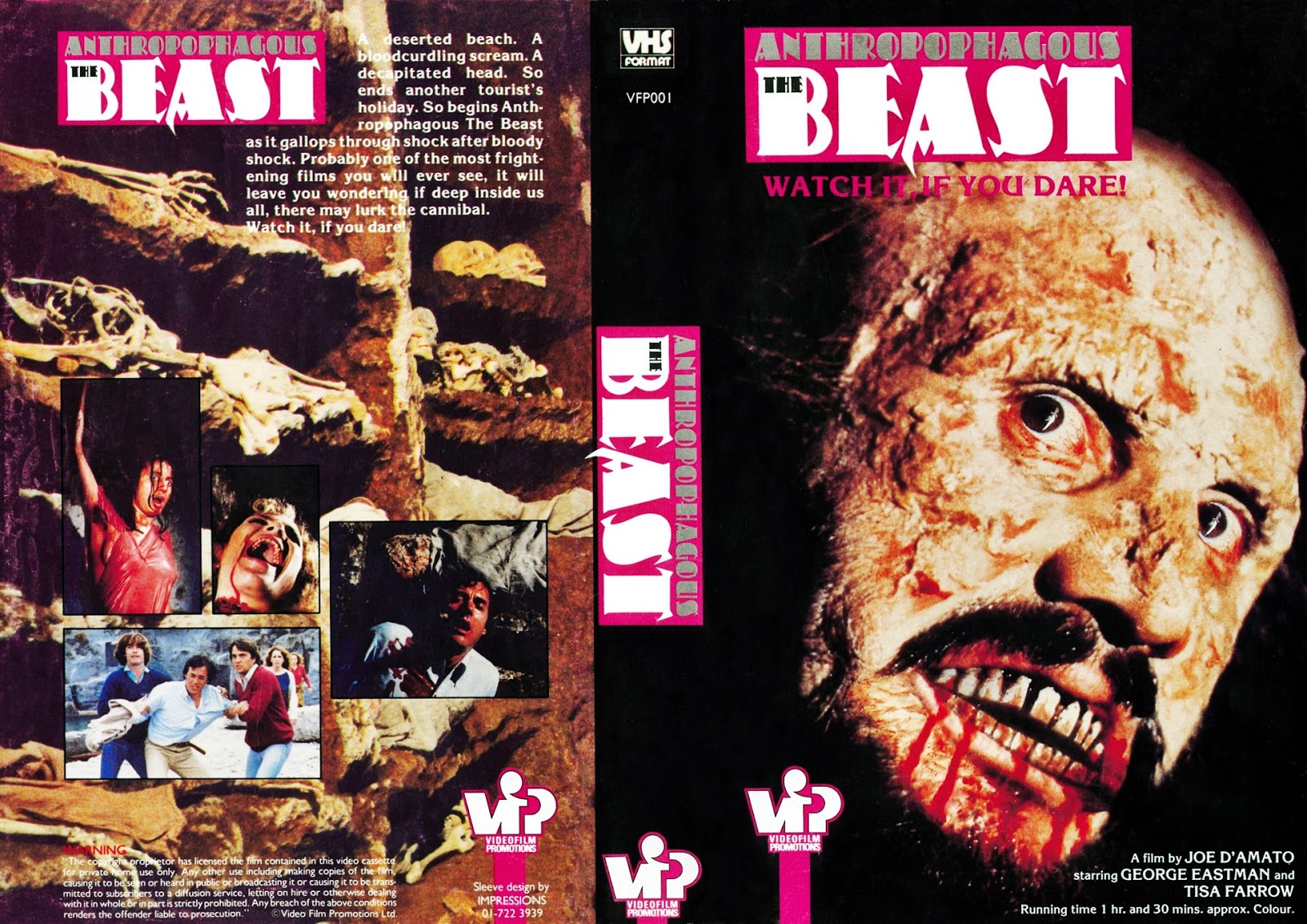 Welcome one and all to the strange world of Joe D'Amato (real name: Aristide Massacessi). D'Amato made a name for himself in the '70s by taking popular movie brands and giving them his own unique twist. He put his bizarre stamp on a number of genres, most notably his outrageous take on the 'Emmanuelle' movies - now known to exploitation fans as the 'Black Emmanuelle' series. Here he mixes the ever popular slasher genre, with a sort of crazed cannibal/monster flick, as a small Greek island comes under-siege by a disfigured, flesh hungry creature (George Eastman).

I first watched this movie about 2 years ago as part of a 'Video Nasty' series I was doing for another blog I had at the time. On first impressions I wasn't exactly bowled over by the snail like pace and uneven dubbing throughout. Thankfully on a recommendation by a vehement fan who disliked my scathing review, I gave the flick another shot, and yeah I liked it more the second time. So as part of my viewing schedule for this new blog I found myself happily viewing this film again. It was the first time I had viewed it on a big screen with a proper DVD copy, the Shriek Show edition, and it certainly made a world of difference. The fine grain and hazy locations of Greece really shone through on the screen. While it will never be deemed anywhere close to a classic of the genre, its a solid watch, especially for Italian horror fans, as well as slasher/monster movie lovers. 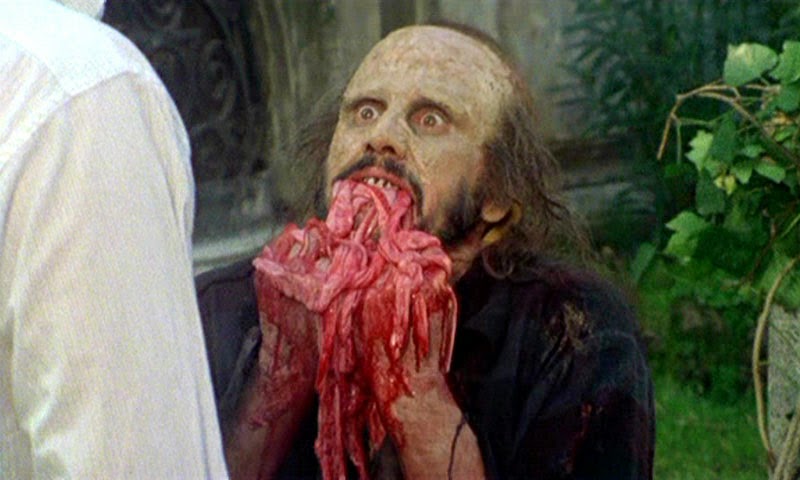 One point of contention I can see bothering newer horror fans is the extended time between the murders. This is a real slow burner until the flesh ripping, demented, self digesting finale. On the plus side when the deaths do happen they are of that great early '80s trash variety, with exaggerated make up and animal guts placed on top of fake red blood, nice! The most notorious of these scenes and probably what got the movie on the infamous final 'Video Nasty' list, is the moment when the cannibal forcefully removes a foetus from its mother’s womb. An effect supposedly created by using a skinned rabbit wrapped in plastic and blood, a disturbing image which is still quite gruesome today. As for the other murders they are of your standard fare for this sort of film, a hatchet in the face, a slashed throat, nothing too special. Also if you're a lover of Italian cult cinema you might recognize a few faces. From 'Zombie Flesh Eaters' starer Tisa Farrow - yes Mia Farrow's sister - to Serena Grandi, who would later feature in Tinto Brass's 'Miranda' and Lamberto Bava's 'Delirium', most recently she appeared in the Oscar winning 'La grande bellezza'.

I think this movie should go over pretty well with Italian genre fans in particular. However if you're more into modern horror films like 'Saw', or 'Paranormal Activity', I would probably give this a miss. If you do dig this flick there is still plenty more D’Amato madness out there to wallow in. From the semi sequel 'Absurd', to 'Beyond the Darkness' and his accomplished Giallo entry 'Death smiles at Murder', all of which are great contributions to the Italian horror genre.
1980 Cannibal Movie Joe D'Amato video nasty