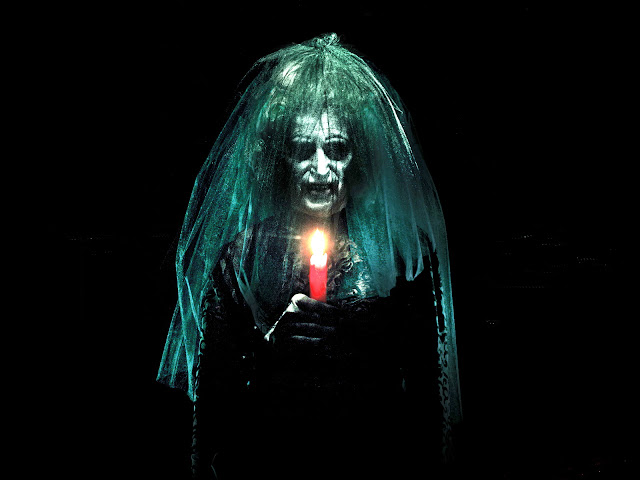 Taking the tired haunted house genre and its myriad of conventions, James Wan and Writer Leigh Whannell (Saw) craft a genuinely frightening ghost-story, that manages to be suspenseful, without resorting to gore or overt use of CGI effects.

The movie begins with Josh and Renai Lambert (Patrick Wilson and Rose Byrne) having just moved into a new home with their three kids, a newborn daughter and two sons, Foster and Dalton. After only a short time in the house, Dalton has a minor accident in the attic, resulting in only a few cuts and bruises. The next morning however when his dad tries to wake him, he's completely unresponsive. Taking him to the hospital the doctors are left baffled by his comatose condition, as there seems to be nothing medically wrong with him.

Three months later and Dalton is still trapped in a perpetual state of sleep, with his mother trying desperately to care for him at home, she begins to experience a number of strange occurrences. That first manifest themselves as unexplained noises, but soon escalate into objects moving around them, and finally horrible ghostly apparitions. In one last desperate attempt to save their son, they call in a medium who becomes tells them that it may not in-fact be the house that's haunted, it may be Dalton himself. As the incidents becoming ever more terrifying and bizarre, the entire family must band together to try to stop whatever terrible force has infested their lives, before they lose him forever. 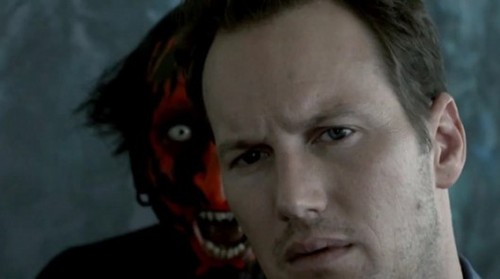 In the most effective scene in the movie, the eerie séance, a medium – the fantastic Lin Shaye - uses a black gas-mask to protect herself, as she pass on messages from the other side. As she continues to communicate with the dead, her assistant transcribes the increasingly vicious whispers, that finally explode into a full-on attack. 'Insidious' also has a unique way of presenting its ghostly tormentors that plague the family. Instead of the standard movie specters, these unnerving creatures are refreshingly unlike anything seen before. Unfortunately the ending undoes a lot of this good work, as the slow unnerving pace is abandoned instead for a more straightforward chase sequence involving the ghouls, who lose a lot of their scare-factor when seen in full.

'Insidious' and its sequel are finely crafted throwbacks to the glory days of  'Poltergeist' and 'The Entity', but given a modern inventive twist. Although it falters towards the end, it's still effective enough to warrant the attention of any horror fan, and easily holds its own against other popular franchises like  'Paranormal Activity'. Well worth seeking out.
2011 Forgotten Films Ghosts James Wan Some Words On