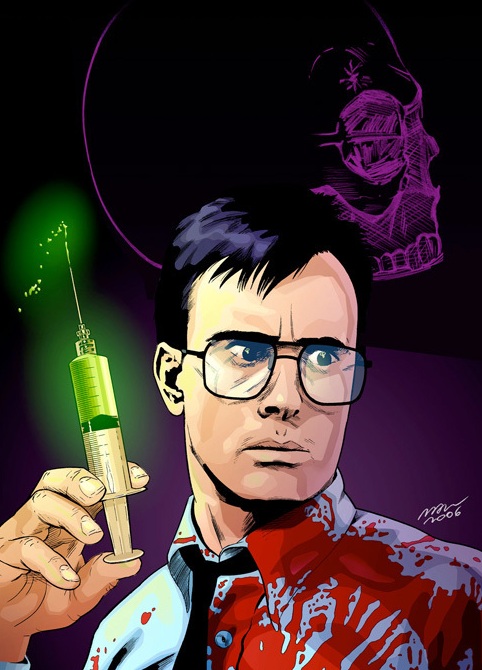 'Re-Animator' would be the inaugural feature of controversial director Stuart Gordon. Gordon had previously cut his teeth on the theatre circuit with his far-out take on the 'Peter Pan' story, where he re-interpreted Peter’s adventure to Never Never Land as a wild LSD trip. Originally intended as a series of half-hour television instalments, the movie was born out of an insistence by producer Brian Yuzna - who would later direct the sequels - that the script be adapted into a feature-length film. After spending weeks researching the movie in local mortuaries and forensic labs, Gordon created a formaldehyde soaked horror with the classic mad scientist at its bloody heart. 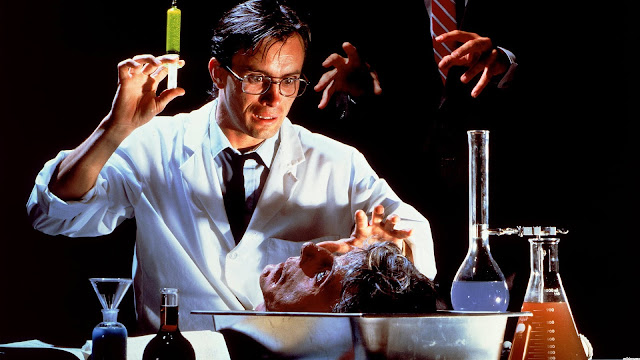 Based on a 1921 series by cult horror writer H.P. Lovecraft - 'Herbert West: Re-Animator' - the movie turned out to be less a than faithful translation, more a visceral reinterpretation of the classic 'Frankenstein' story, with added buckets of blood and body parts thrown in for good measure. Shot quick and dirty for about a million dollars, everything about this movie feels delightfully homemade and authentic. There’s no distracting C.G.I here, just nasty syrupy blood spurts mixed with rotting cow guts and hamburger meat on top of latex, ahh the good old days!

The movie begins at a medical school in Zurich, Switzerland where loud agonizing screams are emitting from the office of Professor Gruber. Responding to the distressing cries, the Dean accompanied by a security guard breaks into the office. Inside they discover med student Herbert West standing over Gruber's body, whose skin has turned a horrible choking purple, his eyes begin to unnaturally bulge out of his head, until finally they explode, spewing out a horrible fountain of goo. Looking at West in horror the Dean accuses: “You killed him!”, to which West stubbornly replies, “No, I gave him life!". Later, after being expelled from the medical facility, West flees to America where he rooms with naive young doctor Dan. After a series of unfortunate events they begin to act out a number of dangerous experiments using the 'life serum' that West has invented, this leads to a host of undead, frenzied zombies coming to life, as the movie careens towards its gore soaked finale. 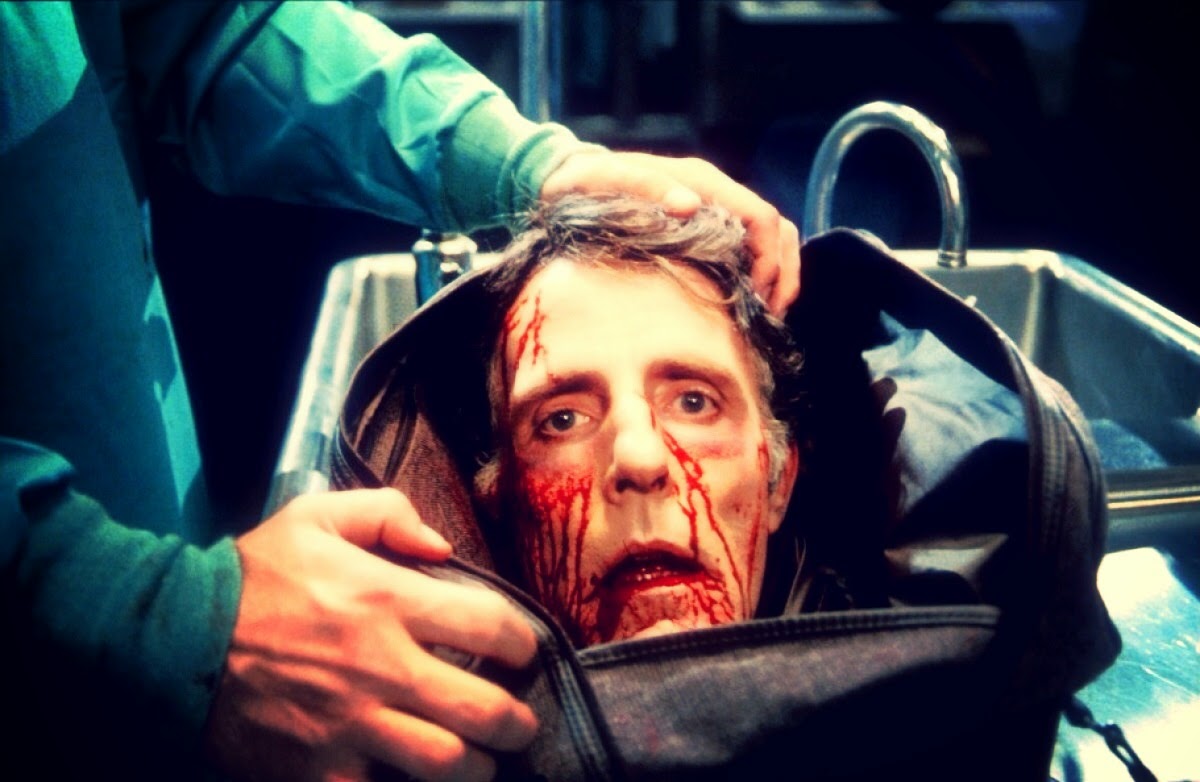 Packed with outrageous, over the top moments, such the infamous ‘head scene', 'Re-Animator' makes you rub your eyes in disbelief, while simultaneously managing to be fiendishly entertaining. This is due to a number of important ingredients, from the wild disembodied performance of David Cale, to Jeffrey Comb's blistering turn as the diabolical Herbert West. Combs is simply electric throughout, imbuing West with a range of twitching nervous smiles, as he practises his dubious moral codes, that would make a 'Nazi Stormtrooper' winch, he doesn’t just simply act West, he is West.

One the most important low budget horror movies to come out of the '80s rivalling the likes of 'The Evil Dead' and 'Hellraiser', 'Re-Animator' continues to hold its cult reputation. A key film to emerge in the practical effects heavy horror of the '80s, 'Re-Animator' exists in that rare bubble of movies that exceeded their budgetary limitations to become a true classic of its genre.
1985 Body Horror. Gory Jeffrey Combs Re-Animator Some Words On