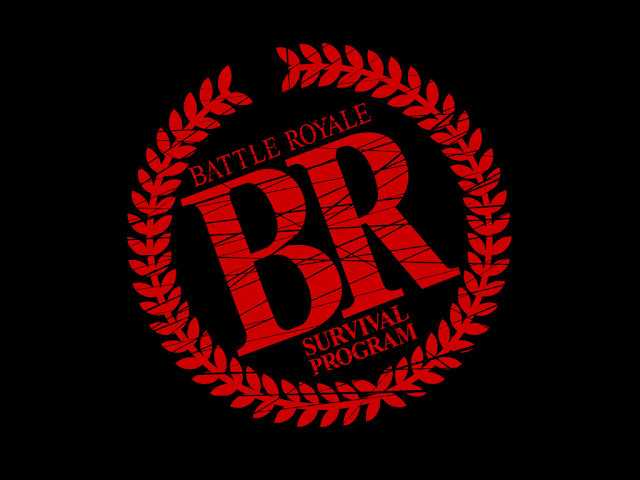 Released in 2000, 'Battle Royale' acted as both an adrenalin shot for Japanese cinema, and as a parable on the growing levels of youth violence in today's society. 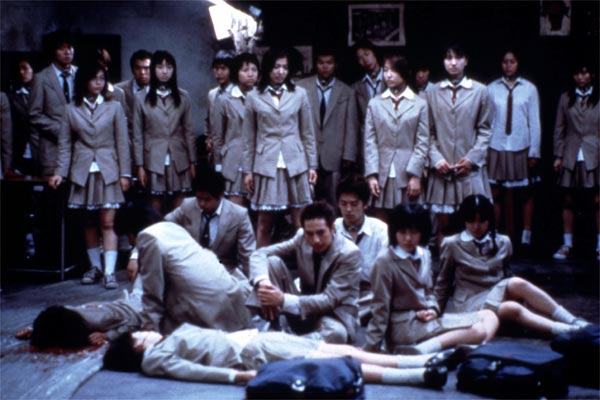 At the time of the films release, extreme Asian cinema had not yet come to the attention of western audiences. Early in '00s a new wave of daring films began to emerge, with the likes of 'Infernal Affairs', and the outrageous cinema of Takashi Miike (Audition, Ichi the Killer) leading the way. An entire generation of movie fans would soon come to love these unique cinematic endeavors from the east, with 'Battle Royale' being many people's first hyper-violent introduction. Helmed by aged director Kinji Fukasaku, who brought us numerous exploitation classics like his early Yakuza movies. Fukasaku deftly brings the movie away from its schlock set up, instead turning it into a vibrant, exciting mediation on choice and consequence. Based on a novel by Koushun Takamin, whose book was heavily influenced by the more infamous 'Lord of the Flies', 'Battle Royale' mixes the worlds of horror and science fiction into a blood-splattered socio-political context, that shows the extreme lengths people will go to ensure their own survival.

In the opening prologue of the movie we learn that at some point in the near future the economy has fallen, resulting in the increase of violent crime and disorder amongst the youth of Japan. In the hope of regaining control, the government comes up with 'The Battle Royale Initiative', a means by which to regain their power once again. Under the guise of a school field trip, Class B is selected for the next round of this deadly Royale. Once aboard the bus, the students are drugged and taken to a secret island off the coast of Japan. There they discover embittered ex-teacher Kitano ('Beat’ Takeshi, Violent Cop), as well as two ‘exchange students’. One of whom is a past winner of the deadly game, while another is a sadistic volunteer. The pair join them in the game weeding out any who refuse to fight. From the buttoned-down nerd exploding into a violent rage at the girl who spurned his advances, to the bullied girl happily taking revenge on those who tormented her, the ethical questions come thick and fast: Do you submit to the game? Do you kill your friends in cold blood? Or do you run and hide like a coward? 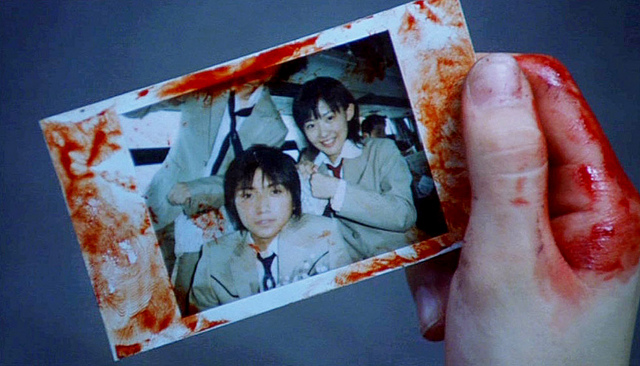 Met with unanticipated critical and commercial success, both in Japan and in the lucrative overseas DVD marketplace, 'Battle Royale' hit at exactly the right time, spreading quickly through word of mouth.The film quickly amassed a wide variety of fans, amongst them Quentin Tarantino (Pulp Fiction), who would play a big part in the movie’s international success. In the wake of countless other gun travesties around the world, 'Battle Royale' continues to be more and more relevant as time passes. With a soaring population and violent crimes on the increase, there is a very real sense of fiction becoming reality as we move forward into the second decade of this millennium. Could there be a time in the future when a large scale crisis heralds as brutal an event as The Battle Royale?
2000 Gory Japan sci-fi Some Words On