Director Ridley Scott returns to the cinematic universe of 'Alien' with 'Prometheus', a semi prequel that both alludes and eludes many sought after questions. Although a modest hit on release, it continues to be looked on poorly by viewers and critics, who see it as being both scientifically inaccurate, and filled with unrealistic, poorly thought-out characters. Does the movie really deserve this level of venomous negativity? Or was the hype before release it's own downfall? 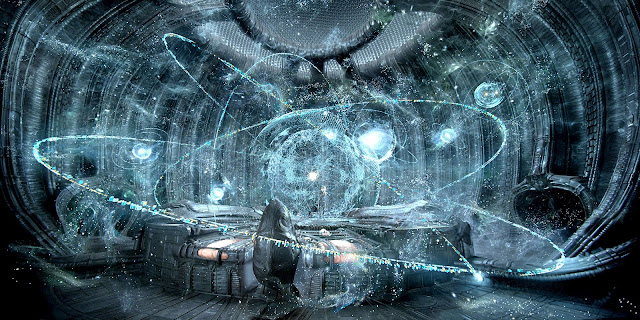 It's been over three decades since screenwriter Dan O'Bannon and Scott first created the sci-fi/horror classic 'Alien'. Since that time we have been treated to numerous interpretations: From the masterful (Aliens), to the mediocre (Alien 3), the strange (Alien: Resurrection), and the bastardised (The Alien vs Predator series). While this movie does wander down the well worn and familiar paths (nefarious corporation, androids acting out, terraforming, alien parasites) of previous, superior endeavors, the ambition and scope cannot be denied. This is still confident, grownup film-making at its finest, that asks its audience to think, as much as it entertains. Although there are admittedly inherent faults in the film, it still towers above recent lesser entries in the genre, that seem like weak parodies next to the craftsmanship of 'Prometheus'.

Originally beginning life through director Scott's desire to do both a prequel involving the fan christened 'Space-Jockey' - here renamed 'Engineers' - while simultaneously achieving a broader experience for the viewer. After an initial script was deemed too regimental to the previous 'Alien' films, Scott  brought in Damon Lindelof to help oversee his required vision. Lindelof previously worked on the hit show 'Lost', as well as contributing to the script for failed sci-fi dud 'Cowboys and Aliens'. While it's clear that they both love and respect the genre, one point of contention that could have an adverse effect on viewer's enjoyment is his need for adding cryptic, unsolvable mysteries throughout the movie. This approach previously led to much fan contention in the final seasons of 'Lost', with many feeling cheated that the series long gestating mysteries ended up being nothing more than a smoke and mirrors act. Here, he also raises a number of interesting questions, but again there are few answers. 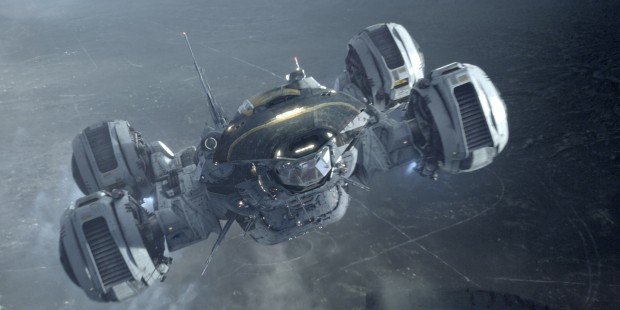 Starting off with a spectacular aerial shot of what seems like a foreign planet, a sleek, ripped, bald headed alien dissolves himself using a mysterious liquid at the top of a waterfall, mixing his DNA into the water below. Centuries later in 2089, an archaeologist couple Elizabeth Shaw (Noomi Rapace) and Charlie Holloway (Logan Marshall-Green) discover a crude star map that has appeared in many unconnected ancient cultures from all around the world. These drawing act as a map to a distant planet farout in space, where the scientists hope to find and solve the mystery of life on earth. Helping them in this endeavour is the shady Weyland Corporation, who act as financial backers for their space expedition on the aptly named ship Prometheus.

The ideas presented here certainly grab the viewer's attention, with such heavy issues like existence, and the genesis of life. Unfortunately, nearing the movies end the sheer weight of these themes implodes on themselves, as the expected horror tropes finally enter the movie. Another point of contention is that most of the characters in the film are very stereotypical and one dimensional. One of the great strengths of the original 'Alien' was it's cast of likable and real characters, brought to life by acting legends Harry Dean Stanton, Signourney Weaver and John Hurt. Here we are treated to numerous forgettable sci-fi and genre stock characters. Besides the central leads, the rest of the cast here simply exist as disposable plot devises just waiting to be killed. This is a genuine complaint with the movie and one that stops it from achieving true greatness, as we care very little about the men and women that occupy the ship Prometheus. Both Charlize Theron and Naomi Rapce do give committed worthy turns, but are just adequate in their respective roles. Noomi is certainly no 'Ripley', but is still a strong confident lead, despite a ropey back story involving a dead father and blind religious faith. As for the addition of Guy Pearce as 'Weyland', why cast him as a prosthetically altered old man? Why not just hire a genuine older actor? This just seems like unnecessarily complicated element to the movie.

The real standout of the film, and one of the few characters of genuine substance, is Micheal Fassbinder as the mechanical sociopath David. A character whose obsession with the film 'Lawrence Of Arabia' and its star Peter O'Toole, causes him to dye his hair blond like his screen idol. His fantastic turn is enough to warrant a viewing, no matter how you feel about this troubled film. 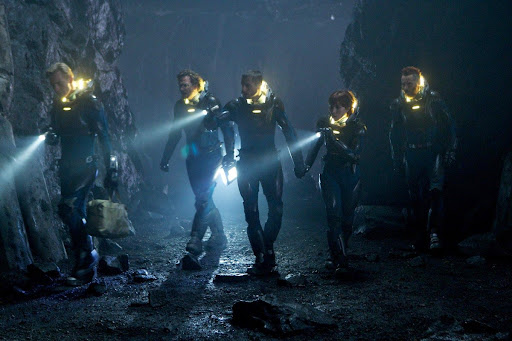 While it's clear 'Prometheus' lives in the same world as the previous 'Alien' films, it also manages to be its own unique animal at the same time. I found it to be a riveting, genuinely interesting addition to the sci-fi genre, while not the masterpiece fans were hoping/expecting, this is still one of the most beautifully rendered sci-fi films I've seen in a long time. Give 'Prometheus' a chance to take you to another world, while filling your head with complex thoughts and ideas, and you might just surprise yourself by enjoying. On the other hand, you could nitpick every little detail, or plot point, and write the movie off entirely, I know which option I prefer.
2012 Ailen Movies Creature Feature Damon Lindelof Forgotten Films In Defence Of Logan Marshall-Green and Michael Fassbender Noomi Rapace Ridley Scott sci-fi