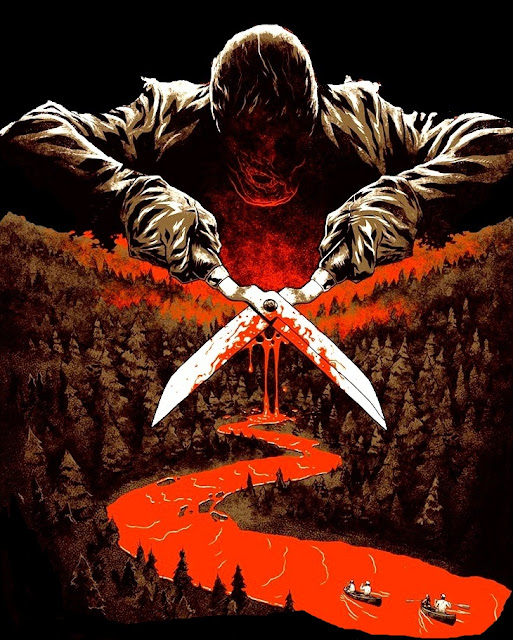 'The Burning' would be the first of 2 films – 'Madman' (1982) being the other - to utilise the campfire legend of the murderous Cropsy. A notorious urban myth about a crazed killer who decapitated unlucky campers unfortunate to cross his path. In the swell of early '80s slasher, this grisly tale made perfect slasher material for this blood soaked horror classic. 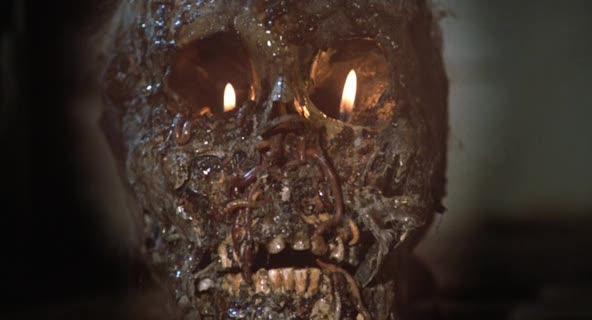 Opening at Camp Blackwood in 1976, we see a group of kids play a nasty prank on the cantankerous caretaker, Cropsy (nicknamed after his huge garden shears), who is left horribly burned after the joke goes disastrously wrong. Years later, after being released from hospital following extensive burn treatment, the hate-filled Cropsy immediately murders a prostitute, before making his way back to the camp ground to wreak his terrible revenge.

'The Burning' would be the first movie released under up and coming movie moguls, Harvey and Bob Weinstein's Miramax Studios. Later they would go on to produce a number of phenomenally successful Oscar winning movies, most notably, 'Good Will Hunting' and 'Shakespeare Ln Love'. On this picture Harvey handled the production side, while Bob co-wrote with Peter Lawrence, Brad Grey and director Tony Maylam. Where previously 'Friday the 13th' had taken its basic structure from John Carpenter’s 1978 classic, 'Halloween', movies were now copying the imitation, with a host of 'Friday' knockoffs, with 'The Burning' still being regarded as the most accomplished. 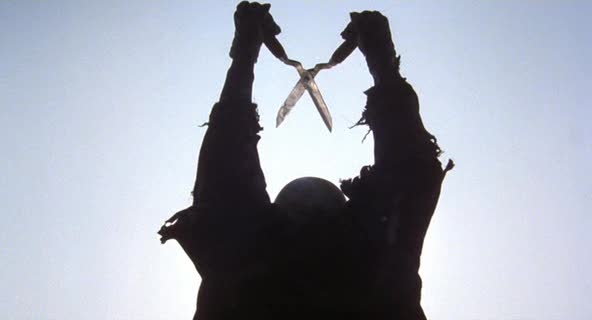 I might be going out on the limb here, but for me personally I think 'The Burning' is actually better than 'Friday the 13th'. Also to further incite fan rage I think it may be the best slasher to grace the golden-age. While obviously some of its elements have dated, its still vastly superior to anything released in the mid '90s slasher revival - yes even the over hyped 'Scream'. Although it was designed to be a purely commercial endeavour by the Weinsteins, to launch their new found studio, the level of craftsmanship and creativity can’t be denied. From the fantastic direction by Tony Maylam, to Rick Wakeman’s much imitated, atmospheric score (finally granted a release in 2007).

'The Burning' also has some of the most gruesomely inventive kills ever conceived by effects master Tom Savini, who if you remember turned down 'Friday the 13th 2' for this. Another strong ingredient is the cast of likable and genuine characters that populate the film, the kids and adults here are some of the most interesting and realised characters I've seen in a slasher. Be it an early appearance by Jason Alexander as the camp 'jokester', or Brian Backer as the 'woody Allen goes camping' nerd Alfred. These people are likable, slightly annoying, but most importantly seem completely believable. Small things like having a competent cast and a genuinely interesting set up, somehow got lost in translation as the genre moved on. By the time you got to the meta slashers, with there cast of beautiful people dying by fish hook in,' I know What You Did Last Summer', the creativity and suspense had long gone from the genre. 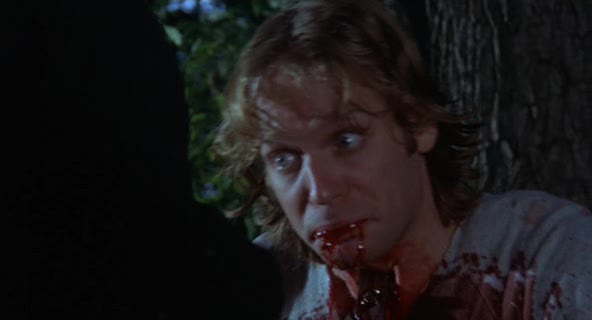 I might be a bit biased as my love for '80s slashers runs deep, but as Hollywood continues to mine this fruitful period, it’s hard not to argue that maybe things were just that little bit better back then. For me I found the '90s to an almost total wasteland for quality horror save for a few ('Candy Man' and 'Blair Witch'), and it’s looking ever more slight as this new decade lumbers on. Classics like 'Halloween', 'Friday the 13th' and 'The Burning' will continue to draw fans, as they are well made interesting films, with characters that are more than just machete fodder. Hopefully Hollywood will one day get that it doesn’t matter how cool the kill is, or how polished the direction, sometimes all you need is the right tone, a few interesting creative people trying something different, and a killer, ORIGINAL, idea.

With movies like the 'Friday the 13th', 'Texas chainsaw' and 'The Hitcher' remakes clogging up our screens, will there ever be a return to the heady days of  creativity like in the '70s and '80s? As for me I am still trying to shake the god-forsaken 'Black Christmas' remake from my mind, unfortunately it might take a device like that in 'Eternal Sunshine of the Spotless Mind' to finally rid it from my memory, just please for the love of god let Cropsy rest in peace. No remake needed here.
1981 God I Love '80s Slashers Horror Slasher Tom Savini