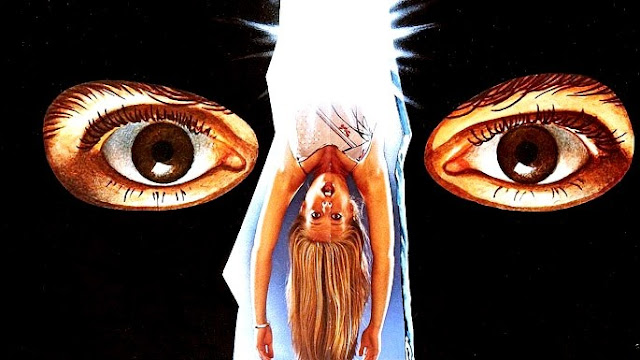 In the abandoned shell of a disused convent four eleven year olds, Wendy, Jude, Kelly and Nick, are playing a lively game of hide and go seek. When little Robin Hammond tries to join in the group bands together, tormenting her with their continued chant of "Kill! Kill! Kill!”. Trying to flee from their incessant harassment, Robin accidentally falls out of an open window to her death. Looking down on her broken body the foursome are left shocked at the malicious act they helped instigate, fearing their parents wraith, or worse jail, they instantly make a pack swearing never to reveal the true events that transpired that day. Later that night when Robin’s body is discovered encased in the shattered remains of the window, the police naturally assume the child must have fallen while escaping the advances of an attacker. Only someone else who witnessed the events knows the real truth, the same person who six years later, on both the anniversary of Robin’s death and the night of the prom, will exact a terrible revenge on the now grown instigators of her death. 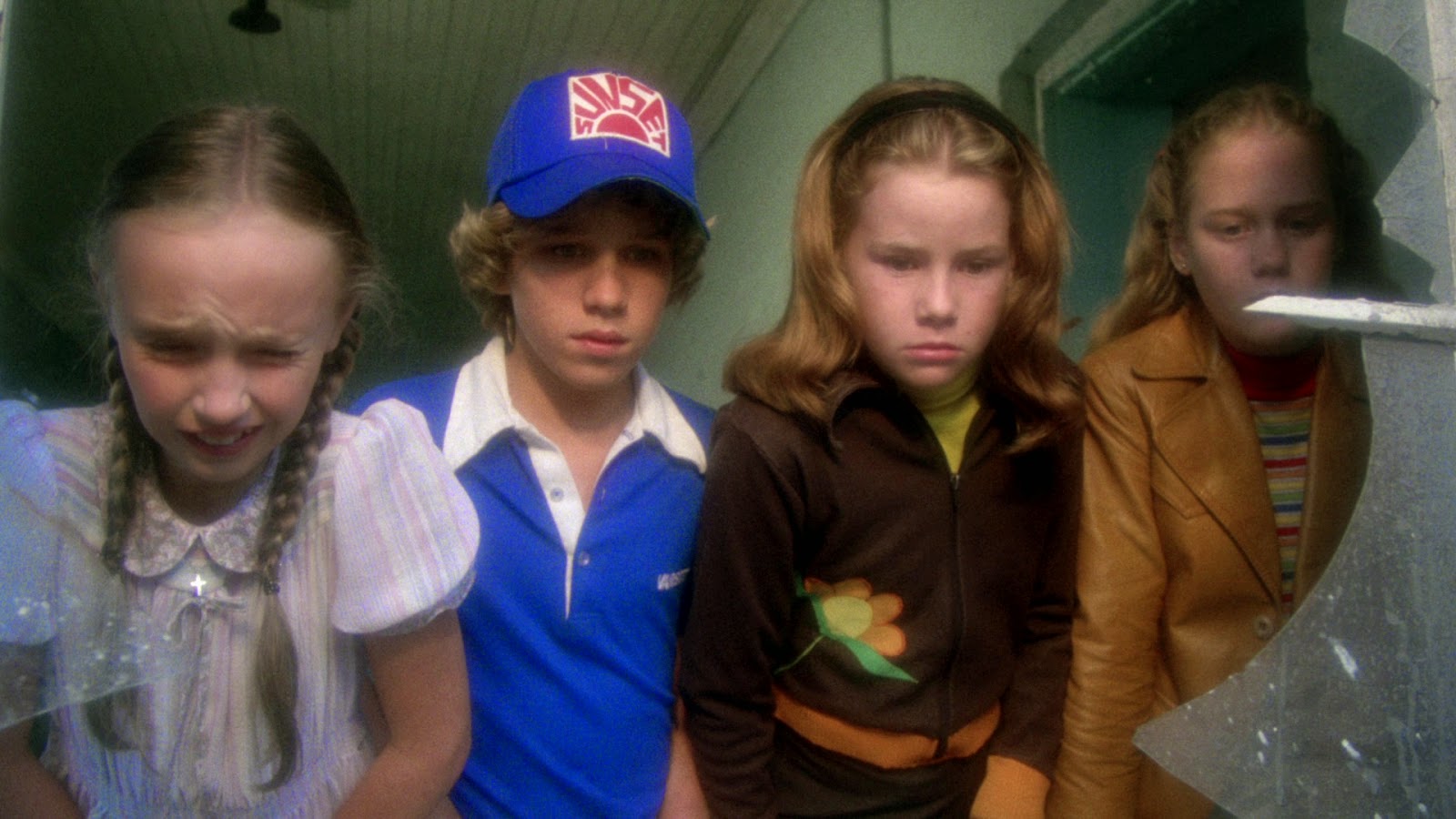 I first heard of ‘Prom Night’ during the slasher revival classic ‘Scream’ (1996), when film geek Randy was making one of his crazed meta speeches on old slasher movies. As a challenge I set myself the task to find and watch as many titles that had been referenced as possible, with 'Prom Night' being top of my list. Unfortunately as this was the dark days before movie downloads and other online outlets, I was forced to do it the old fashion way. This involved wading through many emporiums of second-hand VHS stores, all in the hope of finding my prize. It took me a few years, but finally hidden in amass of used horror tapes, I found it.

The experience of watching the movie was never going to meet my feverishly high expectations. I do remember liking it at the time, but remember feeling somewhat underwhelmed by the lack of violence, and the slow plodding nature of the story. It felt more like a made for TV special, based on some obscure out of print mystery novel. Having since revisited the movie a number of times, I find my fondness growing with each viewing and am pleasantly surprised just how watchable and fun it remains. Although Lots of the movies elements have now dated horribly, it's the squirm inducing disco scenes that stick out the most like a chopped up corpse. It even sours the supposed tension filled climatic fight against the killer, as the whole sequence is set to an out of place dance tune. You would think these elements would completely ruin the film, but these cheesy oh so ‘80s trapping actually have become endearing, to the point now I can’t imagine the movie without them. Aside from these inherent faults, this is still one of the most iconic titles from the golden-age, and is essential viewing in my book. While the gore and nudity may be extremely low, there’s still plenty here for retro slice'n dice fans. From the black masked killer, to the excellent chase sequences and those creepy ominous phone calls complete with scary silhouetted caller. For me any movie that has a scene with 'Scream Queen' Jaime Lee in just her bra is always going to be welcome viewing, not to mention the sight of a serious faced Leslie Nelson tearing up the floor to disco muzak. 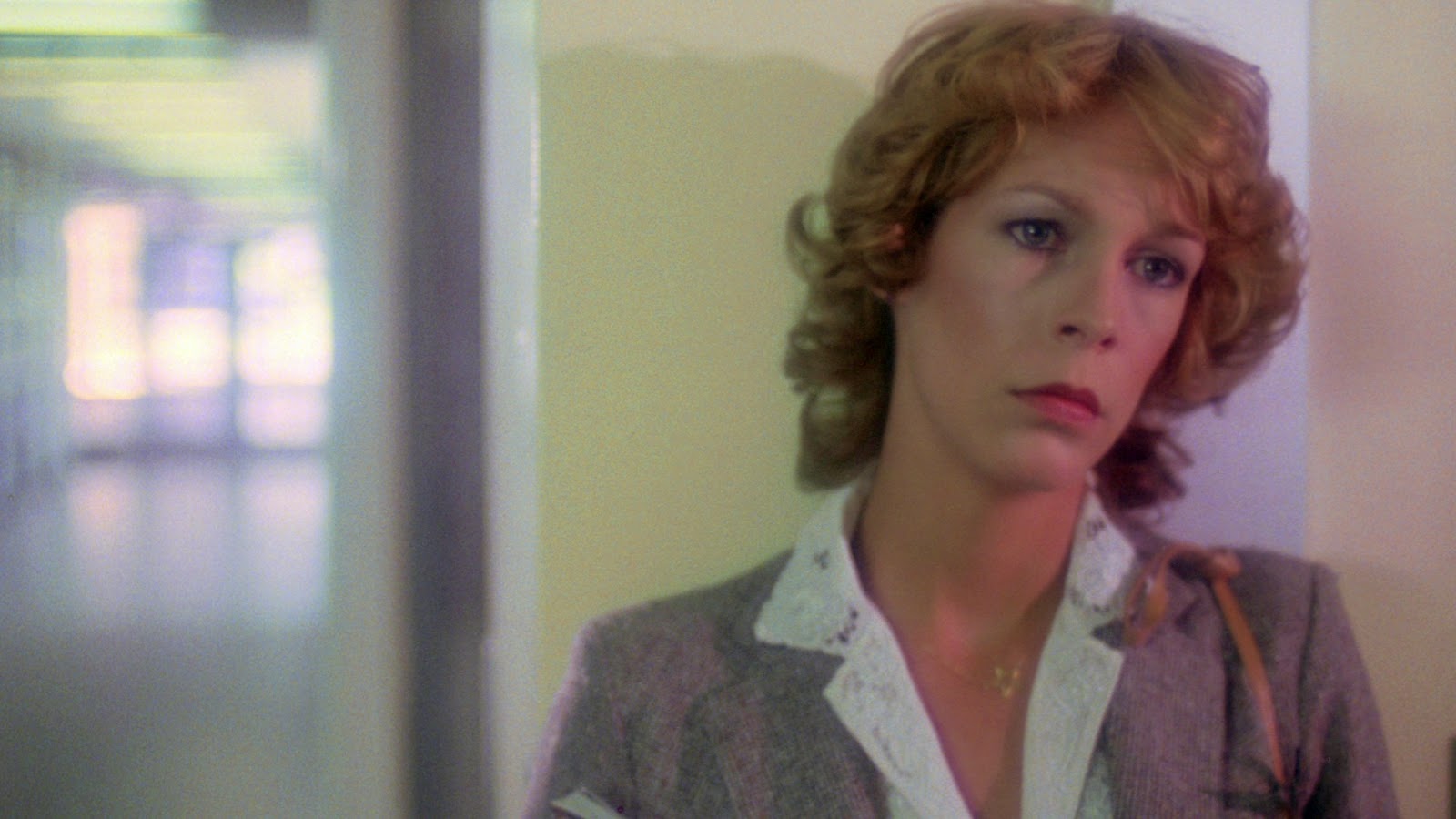 This would be first of three slashers Jamie Lee Curtis made after her breakout performance in the classic shocker ‘Halloween’ (1978). 'Prom Night' would also be the first of two Canadian slashers she would release that year, with 'Terror Train' being the other. Later, Curtis would return to her most iconic role, Laurie Strode in the hit sequel ‘Halloween 2’ (1981), before giving up the '80s slasher game with the Ozploitation, ‘Road Games’ (1981).

Lastly, I have to mention the excellent score by Paul Zaza, his score really defines the mood of the movie. His work would also later appear in a number of other classic Canadian slasher titles, like ‘Ghostkeeper’ (1981), ‘My Bloody Valentine’ (1981) and his most iconic ‘Curtains’ (1983). As for ‘Prom Night’ director Paul Lynch, he would return to the genre for one more outing, the recently released on DVD ‘Humongous’ (1982). Last year 'Prom Night' was finally given a respectable release with the astounding Blu-ray by Synapse. Loaded with extras and featuring a clean, sumptuous print, it's of course an essential purchase for fans of the movie.
1980 Forgotten Films God I Love '80s Slashers Jamie Lee Curtis Paul Zaza Slasher