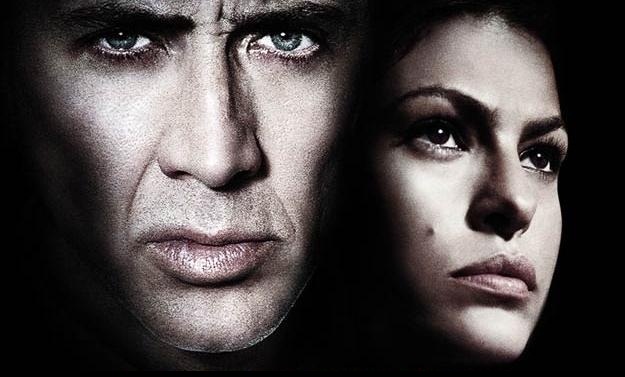 When Cameron Crowe released ‘Vanilla Sky’ in 2001, he remarked at the time that his version was neither a remake nor a re-imagining, it was as he put it, a 'cover version'. Like a familiar song played by a different artist comes Werner Herzog’s take on Abel Ferrara’s original ‘Bad Lieutenant’ (1992). At the time of its release critics raved about the dynamic combination of a 'twitchingly' energetic Nicolas Cage, and the lively inventive direction of Herzog. Now the film tumbles around unwatched on Netflix queues and acts as little more than a footnote on Cage's downward spiral into an Internet meme. Released almost six years ago, 'Port Of Call' has seemingly faded from cinematic view, but there is so much more to this film than people realise.

Wisely losing the previous films heavy religious angle, ‘Port of Call’ instead mixes a Cajun gumbo of corruption, greed, drugs and sex into a pitch black comedic trip into one man's addiction madness. Cage in particular summons a performance from the pits of hellish despair, not seen since he tore open the alcohol ravaged mind of Ben in ‘Leaving Las Vegas’ (1995). Here, he takes on the demanding role of Terence McDonagh, a hard working, but crooked cop who spends the majority of the film in constant agonized pain, having injured his back in the water logged opening scene. McDonagh is a fascinating, maniacal character, possessed in each scene with whatever drugs he has just ingested. His warped attitude to crime solving helps him gets results by any means necessary: From infiltrating a gang through insider information, to the scene where he terrorizes an old woman and her carer, by sticking a gun in their faces, screaming “I hate you both". 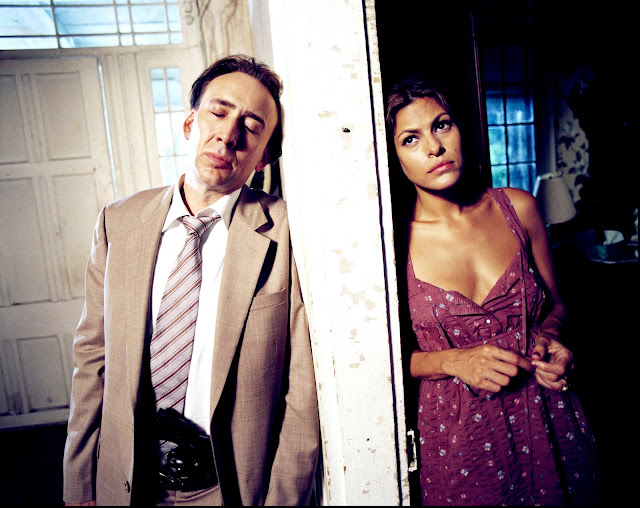 What little actual plot exists here revolves around the mass murder of a family, who were involved in a narcotics dispute with 'Big Fate' (Xzibit), the leader of a dangerous cartel. It’s while investigating this heinous crime, that McDonagh gets mixed up with numerous gambling deaths, as well as incurring the wrath of a well connected client who beat his prostitute girlfriend, played with surprising depth by actress Eva Mendes - who previously worked with Cage on the misguided comic book adaptation ‘Ghost Rider’. The movie also features a wide range of bizarre supporting roles, from a frenzied Val Kilmer, to a small cameo by 'The Craft's 'Eliza Balk, who plays a kinky patrol officer. These characters help pepper the film with wonderfully uncomfortably humorous moments, that despite one being horrified by their actions, you can’t help but let out a nervous giggle at their on-screen madness. This is also true of McDonagh, whose out of step attitude with reality conjures up a number of strange and wonderful scenes. It’s in these small exciting moments that we find delightful and unexpected twists, for instance when McDonagh enters a house to join a surveillance team, he spies two iguanas perched on a table in front of him. Staring at these creatures he inquires with his colleagues, “What’s with the iguanas?”, to which the men reply, “There aren't any there”, then suddenly without warning the camera starts to scan the ridges of their spiky coats, next the soundtrack breaks into a strange song about freedom, which seemingly is emanating from the creatures thoughts. Another personal favourite comes when McDonagh has just inhaled a lung full of crack, with his eyes bulging out of his head, he looks at a dead man on the floor whose soul he imagines has broken into a break dance. Accompanied by a rousing harmonica, he denying the man the man this last pleasure, barking “shoot him again, his soul's still dancing”.

With this, and the critical successes of ‘Grizzly Man’ and ‘Rescue Dawn’, Herzog seems to be a man finding a new lease of life behind the camera, for a seasoned director who gave us foreign language classics 'Aguirre: ‘Wrath of God' and the epic ‘Fitzcarraldo’, 'Lieutenant' although based partly on a previous incarnation, feels completely original and fresh. It would seem that Herzog has found in Cage the crazed talent he once had fuelling his early movies with former muse, and nemesis, Klaus Kinski. Although Cage never reaches the hyper-bole levels of intense method that Kinski did, he still makes for a perfect accomplice. 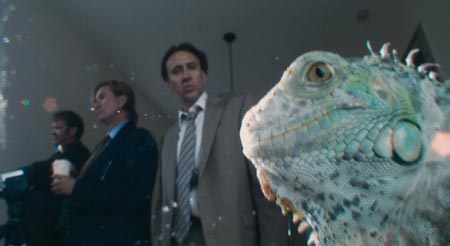 'Port Of Call' is a demented trip around the bowels of one man’s addiction hell, full of hate, love and the disgusting, beautiful tragedies that happen in everyday life. This is a unique, entertaining and downright classic of modern film making. Yes really it is!
2009 Abel Ferrara Forgotten Films Nicolas Cage remake Werner Herzog