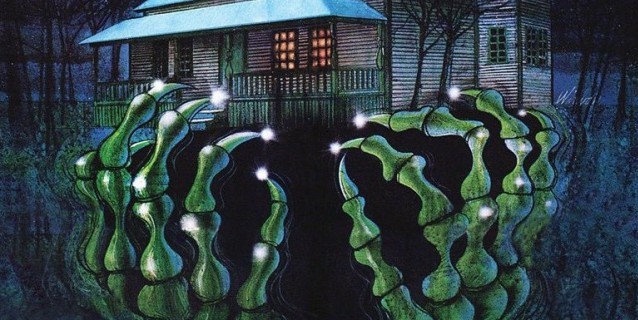 Fans of snow bound ‘80s horror like 'Curtains', or particularly 'Ghost Keeper', should find plenty to enjoy in ‘The Boogens’,  one of the quietest, tamest monster flicks I've ever seen. 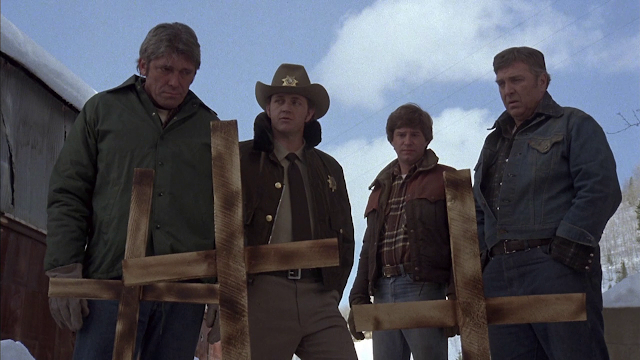 When two old crotchety outdoors men blast open a shut down mine - when will they ever learn – they unknowingly unleash The Boogens, a creature so terrifying he’s only seen in POV shots, his POV that is. Anyway, this strange amphibian killing machine - it kinda looks like a turtle with razor sharp teeth - is set free and like any creature…it needs to feed!

Having never heard of this film before, and as there was very little reviews online at the time, I took a chance on the recent Blu-ray release by Olive Films, and I’m certainly glad I did. Slotting into a brief period of mining in horror movies, like 'The Strangeness', and the slasher classic 'My Bloody Valentine', ‘The Boogens’ is a nice little addition to this sub genre, while also adding a number of fresh ingredients. While it most certainly won’t be to everyone’s liking, as the pace is particularly anaesthetised, you certainly can’t discount atmosphere, which ‘The Boogens’ has it in spades. There is some genuinely stunning photography here, capturing the snow covered mountain locations used throughout. It also has an effective synth score, that should have any '80s horror fan salivating. The cast of characters that populate this movie are for the most part really likeable as well, especially ‘Silent Scream’ (1980) star Rebecca Balding. 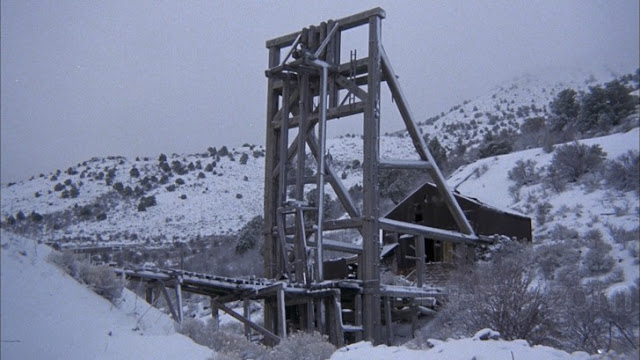 All in all, this is an entertaining diversion, is it a lost horror classic, God no! What it is, is a well made and effective little monster movie and on that account it succeeds just fine. If you find yourself slightly hungover on a Sunday afternoon, a few speckles of rain tapping on your window as the low slung sun hides away, then please warm yourself with the blazing white backdrops of ‘The Boogens’.
1981 Hidden Horror Gems Mines Monster Movie Snow