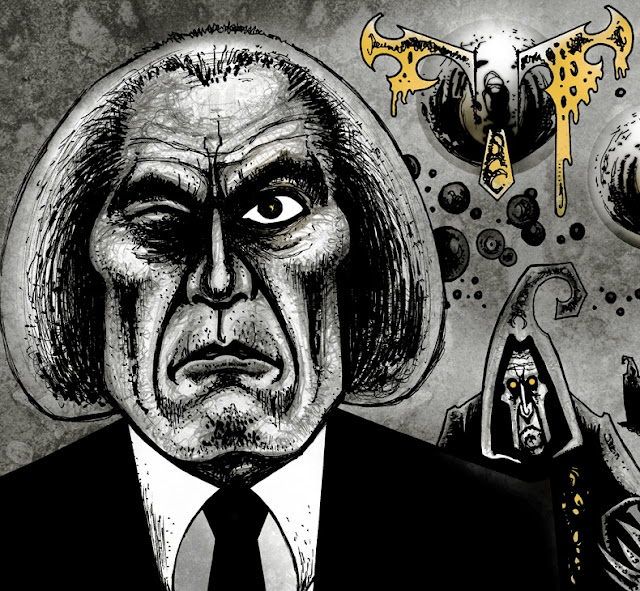 Released by Anchor bay in 2005, this set has become a prized and sought after collectors item by horror fans. Taking the success of their 'Hellraiser' box-set and using it as the model for their 'Phantasm set', Anchor Bay UK have released what is undoubtedly their most ambitious box-set to date. Similarly to the 'Hellraiser' box, the case the 'Phantasm' DVDs come in has taken its cue from the iconic weapon used throughout the series, the death dealing spheres. This mirrored plastic casing is an over-sized replica, featuring two extended blades, and even comes with its own little stand to keep it from rolling around your DVD shelf, impractical as it is cool, it’s a real head turner. Essential for 'Phans' of the series.
The Sphere: 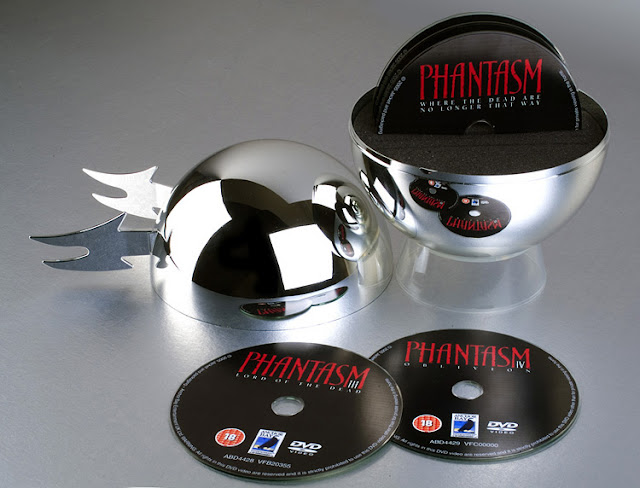 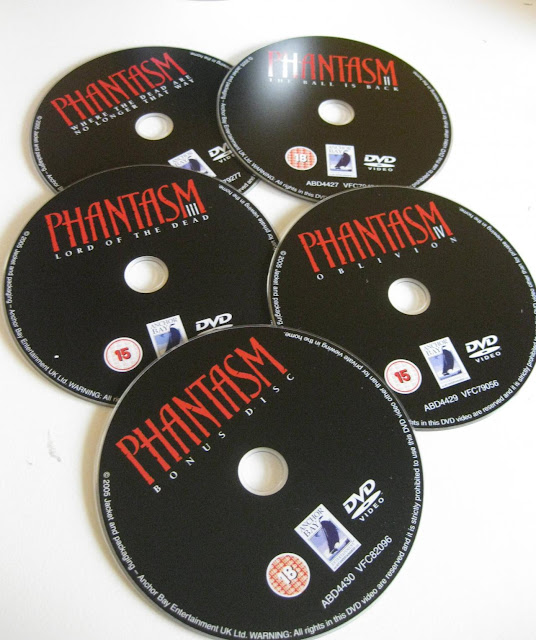 A feature-length look at the making of the series, starting with Coscarelli's first films Jim the World's Greatest and Kenny & Company, then taking us through all four Phantasm films in some detail, including Roger Avary's abortive script for an epic Phantasm IV and speculation on a fifth film.

Reggie's Phantastic Tour (16:11)
Has Reggie Bannister take us on a tour of some of the key locations used in the films.

Phantasm: Genesis (20:27)
Is a misleadingly titled collection of behind-the-scenes footage of the filming of Phantasm III and Phantasm IV.

Greg Nicotero: The Gory Days (21:06)
Is built around an interview with make-up effects guru Nicotero, who came to Phantasm II fresh from his work on two other classic horror sequels, Day of the Dead and Evil Dead II.

Phandom (17:53)
A look at the film's fan base, there are positive comments from the director and cast, balanced by A. Michael Baldwin's nervousness at the more extreme fan reactions.
Box-set DVD Favourite Editions Limited Edition Phantasm