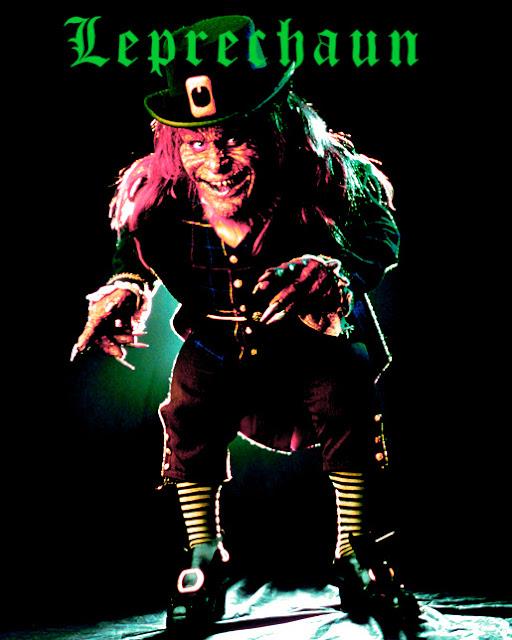 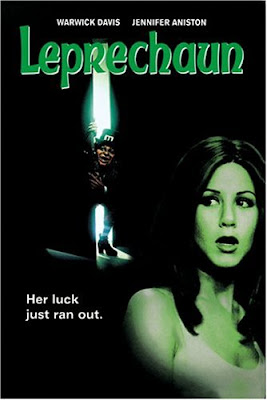 Daniel O'Grady (Shay Duffin) captures the Leprechaun (Warwick Davis) while in Ireland, takes his gold and smuggles it back to his home in North Dakota, unaware the Leprechaun has followed him. Confronting O'Grady and demanding his gold the Leprechaun is injured by O'Grady and sealed in a crate with a four-leaf clover, though before O'Grady can kill the creature he suffers a stroke. Ten years later the Leprechaun is accidentally released by Tory Reding (Jennifer Aniston) and her new friends and goes on a killing spree in search of his gold, which Alex Murphy (Robert Gorman) and Ozzie (Mark Holton) had discovered. After the Leprechaun reclaims the bulk of his gold he is defeated.

The Leprechaun, one-thousand years after his first attempt to claim a wife is foiled, seeks out a new bride in modern day Los Angeles. Claiming a fussy teenage girl named Bridget (Shevonne Durkin), the descendant of his original choice, the Leprechaun holds her captive in his lair and terrorizes her boyfriend Cody (Charlie Heath), who had taken one of his gold coins. In the end Cody saves Bridget and defeats the Leprechaun. 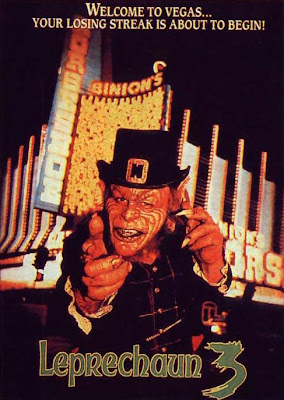 This begins with the Leprechaun, having been changed into a statue by a magical medallion, being sold to a Las Vegas pawn shop. Assuming his original form when the clerk, Gupta, removes the medallion, the Leprechaun kills him and goes on a rampage through Las Vegas in search of one of his wish granting coins, which is passed from hand to hand. The Leprechaun is ultimately defeated by college student Scott McCoy (John Gatins) and Scott's new girlfriend Tammy Larsen (Lee Armstrong), who blast his gold with a flamethrower. 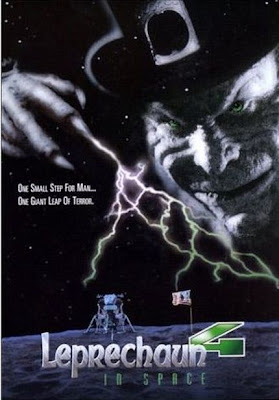 Taking place in the future, the Leprechaun is courting snobbish alien princess Zarina (Rebekah Carlton), seducing her with promises of wealth. After being blown up by a group of marines who rescue Zarina, the Leprechaun is reborn on the marines' ship via exploding out of the groin of one of an unfortunate man, Kowalski. He then goes off in search of his stolen bride and gold, killing all those who get in his way. After being turned into a giant via an enlargement ray, the Leprechaun is ejected into space by the survivors of the massacre, Tina Reeves (Jessica Collins), Books Malloy (Brent Jasmer) and Sticks (Miguel A. Núñez, Jr.) 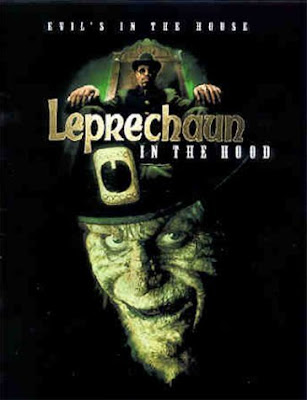 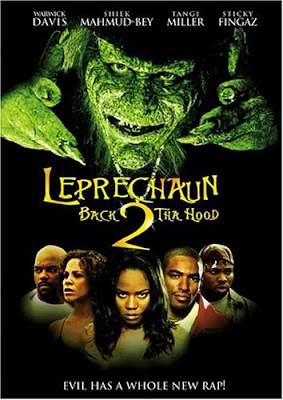 The Leprechaun is stalking Father Jacob (Willie C. Carpenter) trying to get his gold back, only to be dragged into the ground by demonic hands when the priest uses four-leaf clover laced holy water against him before dying from a heart attack. One year later the Leprechaun's gold is discovered by eighteen-year-old Emily Woodrow (Tangi Miller) and her friends, who use the gold to fulfill their wildest fantasies, unintentionally releasing the Leprechaun, who goes after Emily and the others to get his gold back, killing everyone who gets in his way. On the rooftop of the abandoned community centre Father Jacob had been building using the Leprechaun's gold Emily and her boyfriend Rory Jackson (Laz Alonso) defeat the Leprechaun by knocking him and his gold off the roof and into a pool of wet cement.
The Leprechaun:
Warwick Davis 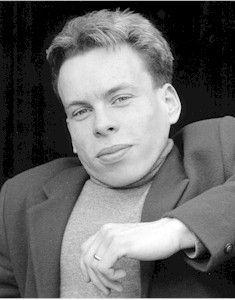 Warwick Ashley Davis was born 3 February 1970 in Surrey, England to an insurance broker and his wife. Unlike most dwarfs (70%) who have a condition called achondroplasia, Davis' dwarfism is caused by an extremely rare genetic condition called spondyloepiphyseal dysplasia congenita (SED). 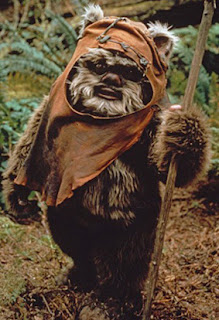 When Davis was 11, his grandmother heard a radio advert calling for people who were 4 ft. tall or shorter to be in Star Wars Episode VI: Return of the Jedi. To Davis, who was a fan of the Star Wars movies, it was a dream come true. He was originally cast as an extra Ewok, but when Kenny Baker, who was originally going to be Wicket, fell ill, George Lucas picked Warwick to be the new Wicket after seeing how he carried himself as an Ewok. Davis reprised his role in the ABC made-for-TV movies Caravan of Courage: An Ewok Adventure and Ewoks: The Battle for Endor.
In 1987, Davis was called to Elstree Studios in London to meet with Ron Howard and George Lucas to discuss a new movie project called Willow, which was written with Davis specifically in mind. Willow was his first opportunity to act with his face visible. 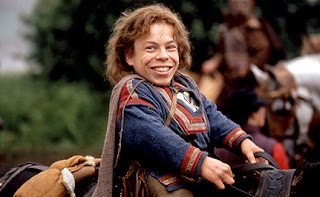 In 1993, he played the villainous Irish goblin in Leprechaun. He then returned to the Star WarsStar Wars Episode I: The Phantom Menace. Lately, Davis has played the role of Professor Filius Flitwick in the Harry Potter films. Davis starred in the film version of The Hitchhiker's Guide to the Galaxy, as the "body" of Marvin the Paranoid Android. 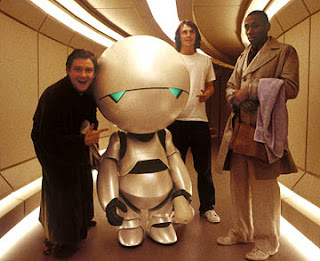 In 2006, Davis appeared, alongside fellow Harry PotterBBC's comedy series Extras as a satirical version of himself. In April 2010 Davis published his autobiography, Size Matters Not: The Extraordinary Life and Career of Warwick Davis, with a foreword by George Lucas.
Davis has a wife and two children, who live in Yaxley near Peterborough. His wife, Samantha has achondroplasia, as do his children Annabel (b. 1997) and Harrison (b. 2003). 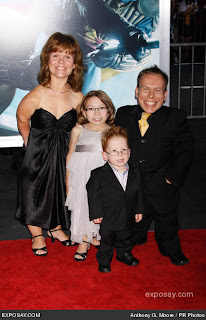 Reception:
Only the first two Leprechaun movies were released in theaters, the rest were released direct to DVD. Although none of the movies were critically successful, the films have been embraced both by the horror community and by lovers of so bad its good cinema.
The Collection:
Uk R2 Collection- 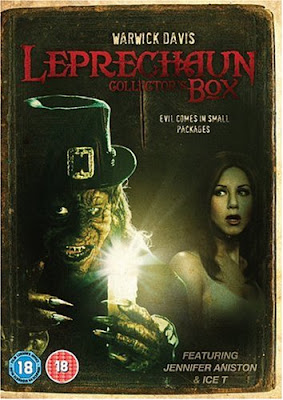 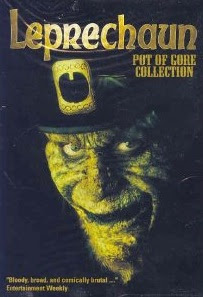