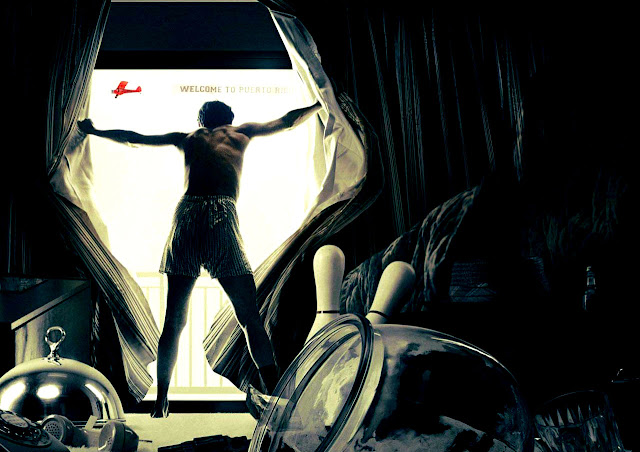 'The Rum Diary' finds Johnny Depp as Hunter S. Thomson pseudonym Paul Kemp, a freelance journalist from New York who travels to the dark heart of the Caribbean to work at dilapidated newspaper, The San Juan Star. Hired by hot-tempered editor Lotterman (Richard Jenkins), what he finds instead is a collection of sweat-drenched writers who survive solely on their alcoholic vices, and an island in turmoil, wracked with corruption, poverty and political upheaval. 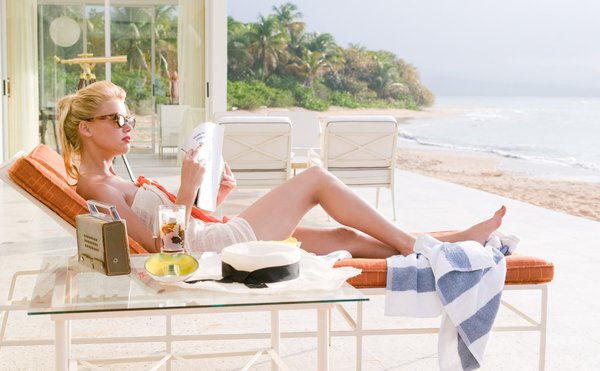 After running up an inordinate tab at the hotel where he temporarily resides, Kemp is forced to live with photographer Sala (Michael Rispoli). Through a series of unfortunate decisions, the pair end up in a number of life-threatening situations, with Kemp getting himself caught in a tangled world of temptation, vice and the most dangerous of all addictions: lust, in the form of Chenault (Heard), the fiancée of the politically powerful American entrepreneur, Sanderson (Eckhart).

This being a Hunter S. Thompson movie, we are treated to the usual suspects in the form of bizarre addiction-ravaged characters. These people are so twisted by their vices, that simple things like talking or functioning in daily life can lead to dangerously unexpected scenarios, including high speed pursuits, assault, and even imprisonment. One surprising but welcome addition to the cast of oddballs is Giovanni Ribisi, who never quite made it big after early promise in movies like 'Boiler Room'. Here, he plays Moberg, a writer so encumbered by his alcoholic and narcotic tendencies that he has almost stopped being human. Instead he seems an inky black spot on the film's print, twitching and shaking, while spouting venomous rants at put upon boss, Lotterman. Also of note is returning director Bruce Robinson, who was coaxed out of retirement by Depp following nearly two decades away from the director's chair. Thankfully, Robinson shows a deft hand at bringing Thompson's 'Gonzo' writing style to the screen, doing for the alcohol soaked 'Rum Diary', what Terry Gilliam did for the drug addled 'Fear and Loathing'. Depp, who also acting as producer here, clearly knows how to match Thompson's writing with the appropriate directing style. Where Gilliam brought his narcotics knowledge to the hallucinogenic neon of Las Vegas, Robinson brings his past endeavors with alcoholism, as well as adding a sharp comedic wit also used to great effect in his classic booze misadventure, 'Withnail and I'. 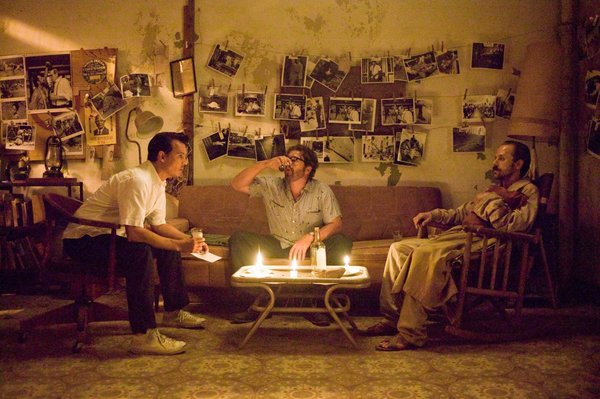 On the downside there are a few mishandled decisions, such as the casting of Amber Heard as temptress, Chenault. Although she looks ravishing in the period attire, she is asked to do very little, and her romance with Depp ends up going nowhere. Also a little lacking is the usually excellent Aaron Eckhart, as sort-of villain, Sanderson. Unfortunately his character is a by-the-numbers creation, never breaking from cliché. Ultimately though, the most frustrating flaw is how the ending just fizzles out on an unexpectedly disappointing downer, rather than the anticipated crazed bang. Like the previous adaptation Depp shepherded, this will be misunderstood more than it's accepted. But given the chance to be swept up by this nostalgic blast of sun-baked landscapes and booze-sodden miscreants, it’s hard not to tag along for this rum soaked odyssey.
2011 Hunter S. Thompson Johnny Depp