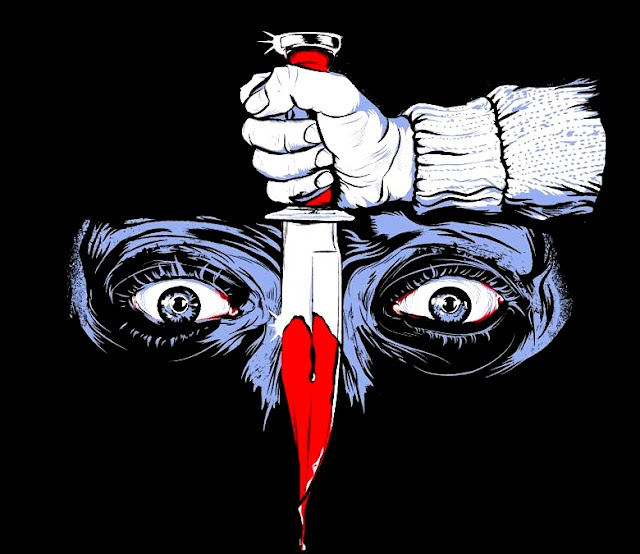 Famously made by director and producer Sean S. Cunningham, in the hope of cashing in on the unexpected success of seminal 'Halloween' (1978). With just a title and a few sketchy ideas, Cunningham took out a full page ad for the movie, in the hope of generating enough buzz to secure financing, for what he promised at the time would be; "The most terrifying film ever made!", as seen here in the original ad: 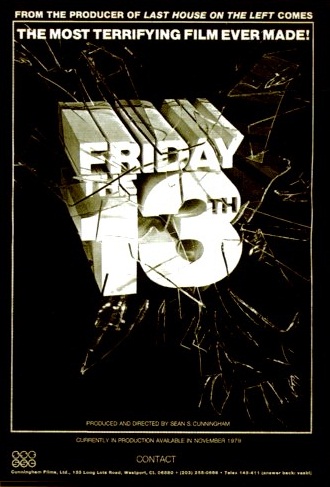 Becoming a horror main stay thoughout the '80s, 'Friday the 13th' would go on to be one of the most successful horror series of the decade. Spawning a never ending cycle of sequeals and a number of copycat films of its own ('The Burning'). Left behind as a horror movie somewhere around the fourth 'Friday', the series became more a 'splatter-fest' with winking sprinkles of meta comedy, as writers used any excuse for Jason to carve, chop and decimate an ever repeating cycle of hot teens... But hey that's why we love it right? 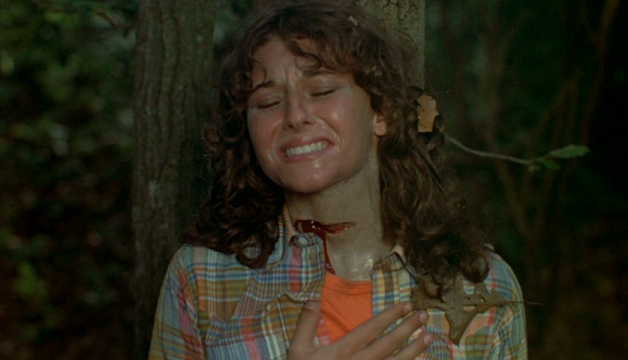 Seen today the original 'Friday' seems remarkably tame, compared to the modern horror market. More a series of extended stalking scenes, that are splashed with the wonderfully inventive effects of Tom Savini, never the less this quaint little thrill ride has aged quite well. It might have lost its power to scare over the years, never the less the first 'Friday' remains a true classic of the slasher genre, even if Jason doesn't show up till the sequel.
1980 Friday the 13th God I Love '80s Slashers Horror Jason Voorhees